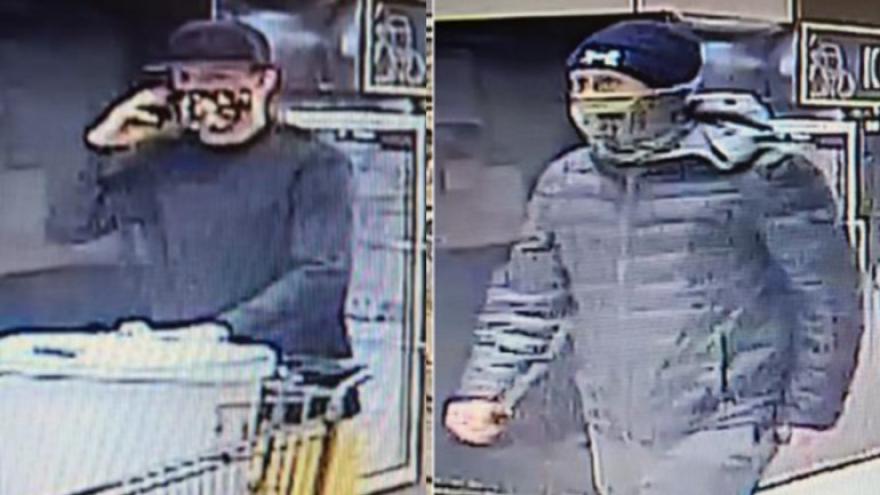 BROOKFIELD, Wis. (CBS 58) -- Brookfield police are investigating after two suspects stole more than $2,000 worth of over-the-counter medication from a Pick N' Save store Sunday, Jan. 25.

According to police, two white, male suspects entered the store near Greenfield and Moorland Avenue around 8:20 p.m. and selected multiple bottles of medication totaling $2,644.11.

The suspects concealed the medication in reusable shopping bags before walking out of the store without paying.

Police say in a similar incident, the suspects were seen leaving in an unknown, silver SUV.

Anyone with information is asked to contact the City of Brookfield Police Department at 262-787-3702.

To make an anonymous tip, contact Waukesha County Crime Stoppers at 1-888-441-5505, through www.stopcrimewaukesha.com, or through the P3 phone app.