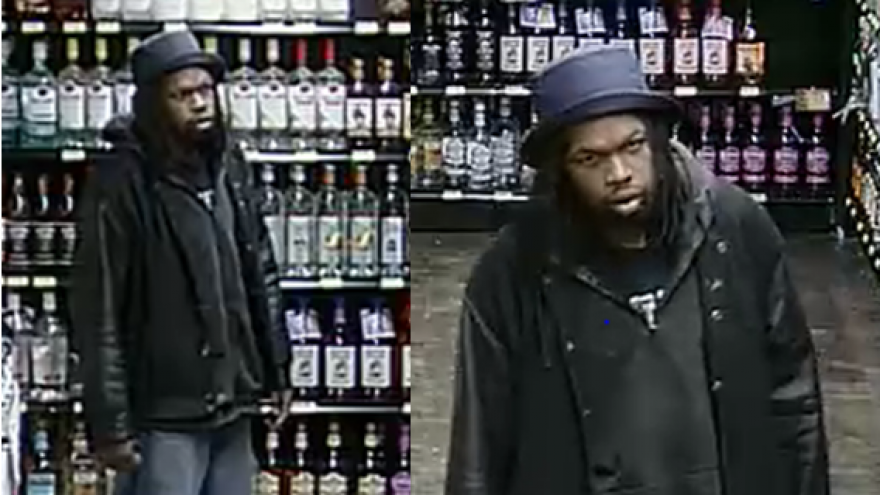 BROOKFIELD, Wis. (CBS 58) -- The Brookfield Police Department is currently investigating a retail theft of liquor and are looking to identify one suspect.

The suspect is described as a black male, late 20's to early 30's, average height and weight, with shoulder length dreadlocks.

The suspect was also with an unknown white male who also stole liquor.

The suspects left in a tan, late 90's van similar to a Pontiac Montana with an American flag decal on the rear passenger window.

If you have any information, you're asked to call Brookfield Police.