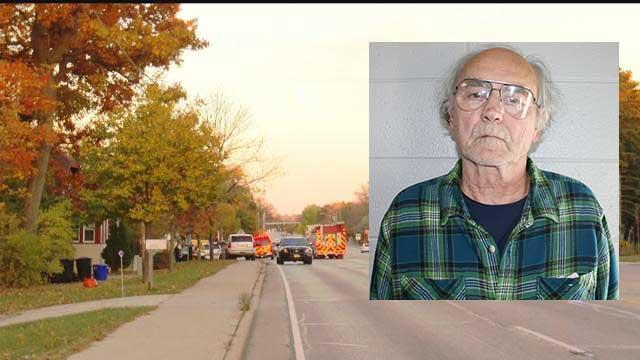 A 76 year-old man has been charged with Attempted First Degree Intentional Homicide in the shooting of his neighbor on Edward Street in Brookfield.

Hubert Smith was in custody at the Waukesha County Jail on Monday, and he will go through intake Tuesday afternoon.

The victim who was shot twice will be released Monday afternoon.

The victim who was shot once is still at the hospital being treated by their staff.

The suspect fired five rounds from a revolver at the three previously identified victims/witnesses and three of the rounds struck two of the victims.

RELATED LINK: Two Shot, One in the Head, in Brookfield After Neighbor Dispute

The firearm was recovered at the scene by CBPD detectives last night after executing a search warrant at the suspect’s residence.  The incident was witnessed by a number of citizens.

Three neighbors were talking in a backyard and got into a dispute with a fourth neighbor. That fourth neighbor, a 76-year-old man, went into his residence, returning with a handgun and began to shoot and hit two neighbors.

The suspect was later taken into custody peacefully by police.