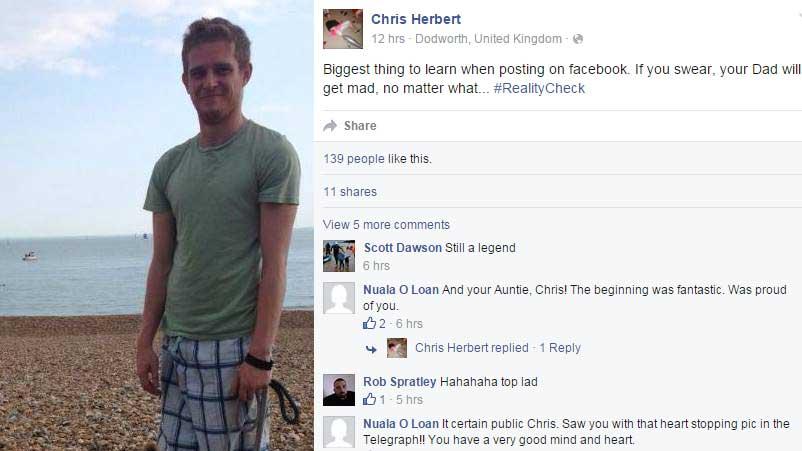 An open letter on Facebook has gone viral, the letter is by a British Veteran who lost his right leg while serving in Iraq.

The letter discusses his frustration over people assuming he is anti-Muslim. His post has been shared 111,867 times.

“Getting frustrated by some people expecting racism from me, because I got blown up. Here it is:

Yes. A Muslim man blew me up, and I lost my leg.

A Muslim man also lost his arm that day wearing a British Uniform.
A Muslim medic was in the helicopter that took me from the field
A Muslim surgeon performed the surgery that saved my life
A Muslim Nurse was part of the team that helped me when I returned to the UK
A Muslim Healthcare Assistant was part of the team that sorted out my day to day needs in rehabilitation when I was learning to walk
A Muslim taxi driver gave me a free ride the first time I went for a beer with my Dad after I came home.
A Muslim doctor offered my Dad comfort and advice in a pub, when he didnt know how to deal with my medicines and side effects.

Contrary to that,
A white brit spat in my girlfriends face for '**** a cripple when you could have me [him]'
A White brit pushed my wheelchair away from a lift so he could use it first.
A White brit screamed at my Dad for parking in a disabled bay when I was in the services coming home
(Although, alot of people helped in my recovery! I dont hate white brits either! hahaha)