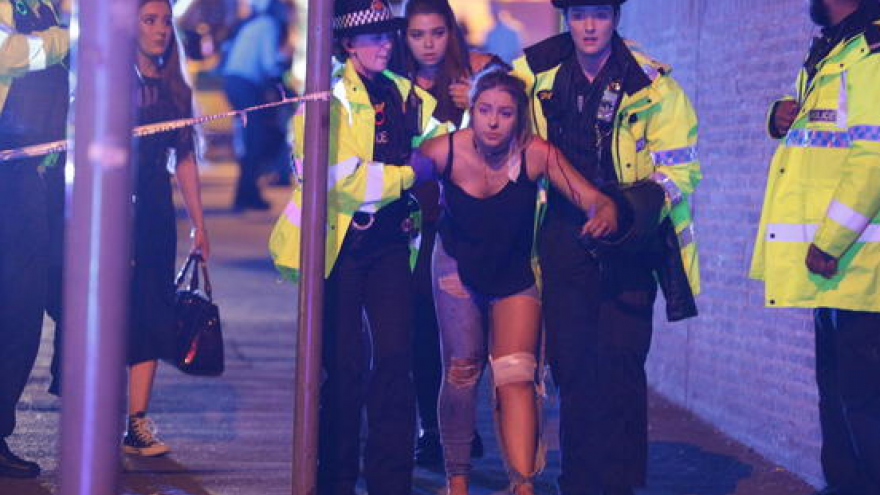 Prime Minister Theresa May says Britain's threat level from terrorism has been raised to critical — meaning an attack may be imminent.

May says Salman Abadi, the suicide bomber who killed 22 people at a concert in Manchester, may have been part of a bigger network.

She said Abadi was born and raised in Britain.

The level previously stood at the second-highest rung of "severe" for several years.

May said critical status means armed soldiers may be deployed instead of police at public events such as sports matches.