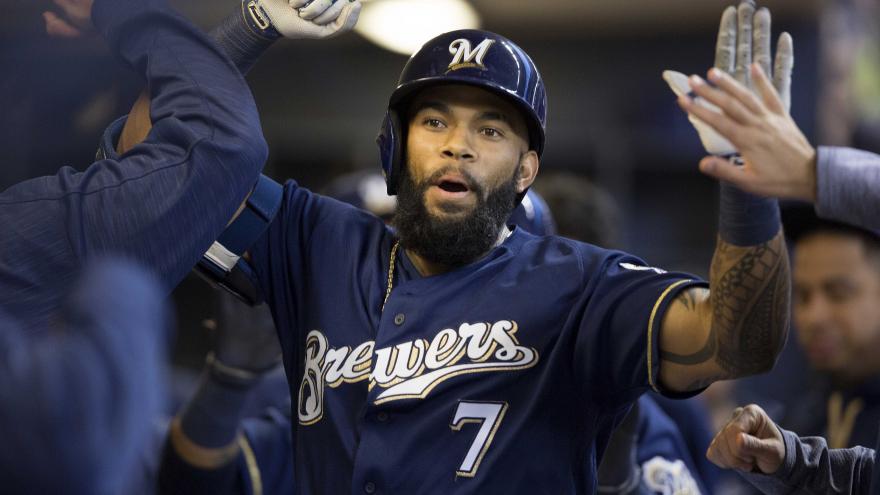 Brewers first baseman Eric Thames is not shy about his love of beer. And there’s no better city for Thames to be chasing his dreams – at the plate, and in searching for the perfect stein of suds.

Milwaukee’s ties to the brewing industry are legendary and next week, another chapter in the story will be written. On Monday, May 22, Thames, reliever Oliver Drake and teammate/home brewer Corey Knebel will enjoy their off day by getting into the science of beer as they work with longtime Brewers partner and supporter MillerCoors to create a limited release offering exclusive to Miller Park.

On that day, the Brew Crew’s trio will work with the MillerCoors’ Master Brewers to develop a unique beer that will be served only at Miller Park for a very limited time later this season. Thames has submitted his “wish list” for style, taste, appearance, and aroma to the experts, and on Monday he and his teammates will begin the production phase at the MillerCoors pilot brewery.

The beer’s name will be announced at a later date as fans will have an opportunity to sample the beer in a limited release run at Miller Park later this summer. Meanwhile, media are welcome to attend the event Monday to watch the first steps taken in making the New Brew.