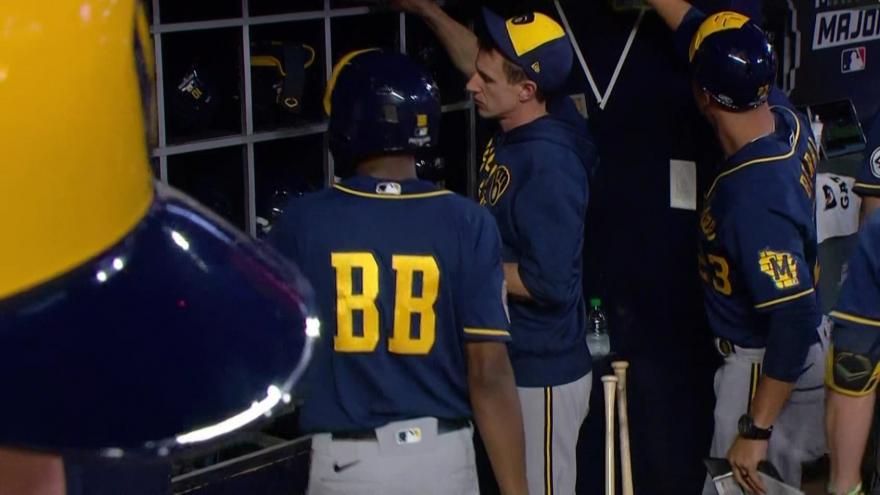 Milwaukee was 0 for 20 with runners in scoring position during the NL Division Series until RBI singles by Omar Narváez and Lorenzo Cain produced a 2-0 lead against Atlanta in Game 4.

The Brewers nearly got their offense to wake up in time to save their season, but a late solo home run from Freddie Freeman proved to be the difference in the eighth inning.

Josh Hader came in to relieve Brandon Woodruff in the eighth inning, but after getting two outs, NL MVP candidate Freddie Freeman took the first pitch he saw over the fence in left for the decisive run.

Christian Yelich took a called third strike for the final out, and the Brewers head into the offseason still seeking their first championship.

They haven't been to the World Series since 1982, despite making the playoffs in each of the last four years.

Atlanta advances to face either the 107-win San Francisco Giants or the 106-win Los Angeles Dodgers with a trip to the World Series on the line.