Brewers react after losing to Dodgers in Game 7 of NLCS 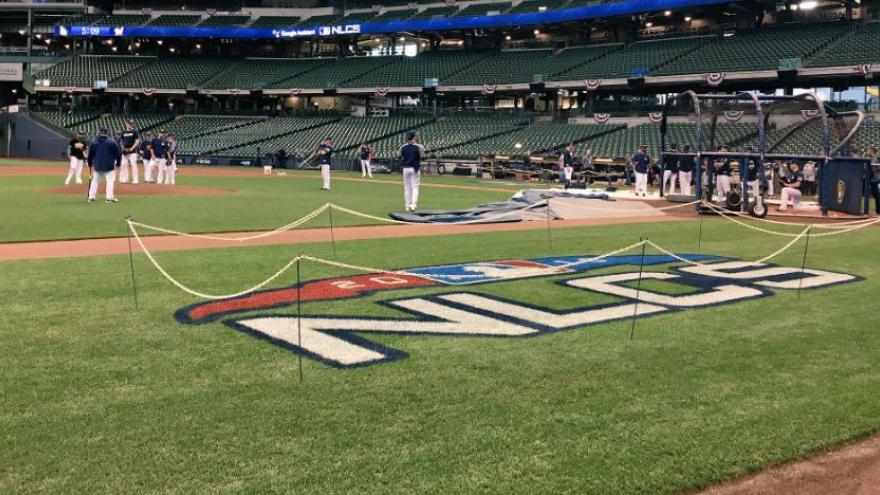 MILWAUKEE (CBS 58) -- After an incredible season, the Brewers thanked fans for their support. The Dodgers defeated the Brewers 5-1 in Game 7 of the NLCS Saturday night.

Thank you, #Brewers fans for your support, your energy, and your passion. From #NowWeGo to #WeBelieveInJesús to #LetsGOOOOOOOOOO, this season has been an unbelievable journey, and it wouldn't have happened without you. #ThisIsMyCrewpic.twitter.com/fBz0qiU7Da

Ryan Braun also spoke about the season, saying he is looking to the future.

“It was a really special year...I don’t think anyone expected us to be 1 win away from the World Series.”
-Ryan Braun

Really cool to see @KeonDDBroxton passing this bat around for all of his @Brewers teammates to sign. This team knows that it was an incredibly special season. pic.twitter.com/vr1BnUt6ct