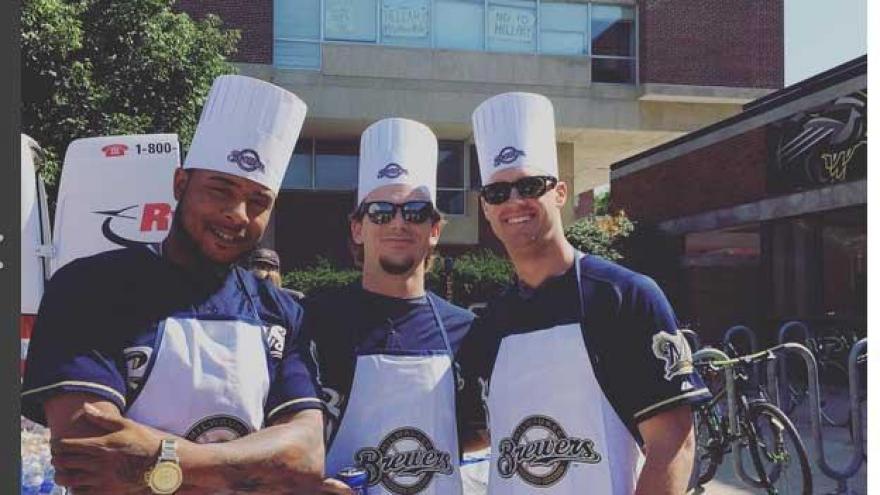 The Milwaukee Brewers hosted “Pop-Up” tail-gates through Milwaukee on September 16.

More than 1,500 fans had an opportunity to feed their appetites as Brewers players served fans hot dogs, brats, drinks and sides during the lunch hours. Hot dogs and brats were grilled on site by Brewers players, and the event served as a prelude to Fan Appreciation Weekend, set for this weekend when the Cincinnati Reds visit Miller Park.

Locations of the Pop-Up Tailgates included the campus of University of Wisconsin-Milwaukee, the Town Square at Bayshore Town Center and the Riverwalk Park in Milwaukee’s Third Ward.

The events generated enough social media traffic that #CookoutWithTheCrew was a trending topic in Milwaukee social media all afternoon.