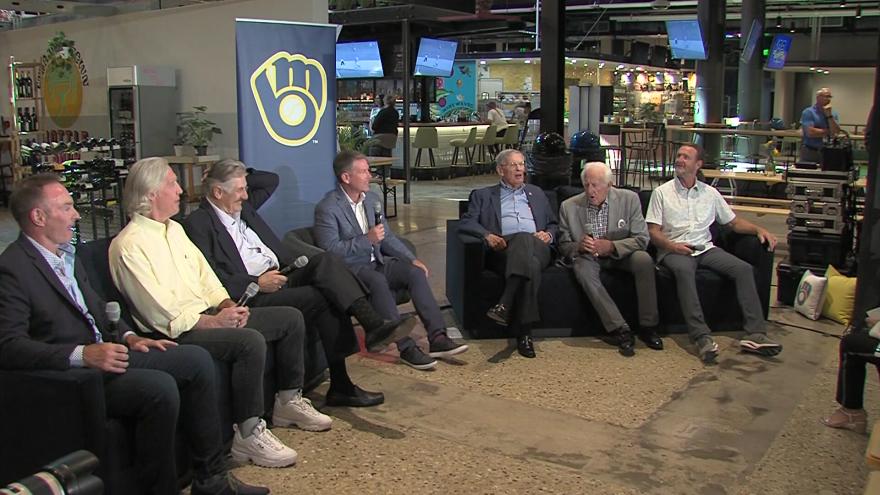 MILWAUKEE (CBS 58) -- Some of the best players in Brewers history will be remembered at AmFam Field Friday night.

Members of the 1982 World Series team are in town to celebrate the 40th anniversary of that special season.

With the current state of the Brewers, this may be the perfect weekend of nostalgia. Nothing but fond memories of a team that featured five Hall of Famers, a Hall of Fame owner and a trip of a lifetime.

"I always felt we were the best team in baseball," said former Brewers pitcher Rollie Fingers. "The '82 team was probably the best team I ever played on."

Under manager Harvey Keunn, the Brewers turned a slow start into a division championship, the second in franchise history in the final game at the Baltimore Orioles.

"I think those four games in Baltimore were the most intense four games I ever played in my life," said former Brewers catcher Ted Simmons.

The '82 Brewers were a team that overcame adversity at every turn, overcoming an 0-2 start in the ALCS to win three straight games against the California Angels. That set up the "Suds Series" with the St. Louis Cardinals, with the Brewers losing in seven games.

"When we all finished that '82 season, I thought we all believed in our hearts that we would be back again in the next years," said Robin Yount, MVP and baseball Hall of Famer.

But they didn't. The city of Milwaukee still held a parade following the World Series, celebrating the journey of a team they will never forget.

"This club captivated a city, the likes of which I have never seen," said former Brewers owner Bud Selig.

For those who say that is still their favorite Brewers team of all time, Brewers Hall of Famer infielder Paul Molitor said he thinks all of the players hope one day they are replaced and another team brings home that World Series title.