Brewers' Counsell: "We escaped without any serious harm" 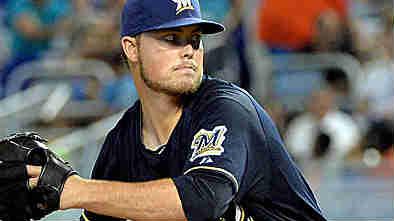 Brewers starting pitcher Jimmy Nelson exited Thursday's game in the third inning after after being struck in the head by a line drive.

Nelson was hit on the back of the head from a ball put in play by Saint Louis Cardinals player Tommy Pham.

Manager Craig Counsell says Nelson has a contusion. No fractures. And it it mostly likely, he will be kept overnight.

Nelson fell to the ground face down and remained prone for about a minute after the ball struck him on the right side of the back of his head. Nelson was able to stand up.

He walked off the field on his own.

Counsell said after the game "We escaped without any serious harm. Very fortunate. We'll have to monitor Nelson the next few days and go from there."

Be sure to catch our late news after Thursday night football.