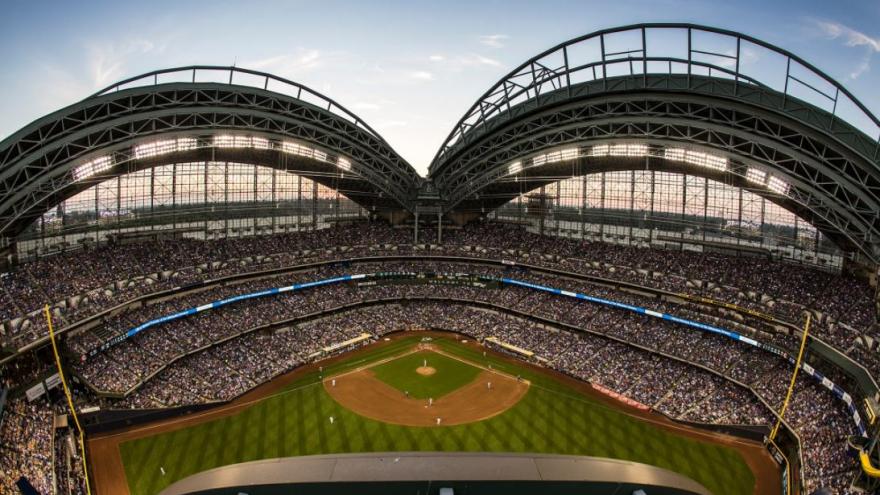 It marks the first time the organization has selected position players with its first five picks since 2003.

Outfielder Garrett Mitchell was selected 20th overall out of the University of California, Los Angeles in the first round Wednesday.

According to a Brewers press release, the team began Thursday’s portion of the 2020 First-Year Player Draft with the selection of shortstop Freddy Zamora out of the University of Miami in the second round (53rd overall).

With the 92nd overall pick in the third round, catcher Zavier Warren was selected out of Central Michigan University. The 21-year-old switch-hitter started all 17 games in his junior season this spring, batting .328 (21-for-64) with 17 runs, 15 walks, 9 RBI and a .469 on-base percentage, according to the release.

In the fourth round, the Brewers selected outfielder Joey Wiemer out of the University of Cincinnati with the 121st overall pick. In his junior season this spring, the 21-year-old batted .264 (14-for-53) with 16 runs, 14 walks, four doubles, one home run, 12 RBI and a .435 on-base percentage in 15 games.

With the organization’s final pick in the 2020 First-Year Player Draft, shortstop Hayden Cantrelle was selected 151st overall in the fifth round out of the University of Louisiana. The 21-year-old was previously selected by the New York Yankees in the 40th round of the 2017 First-Year Player Draft out of Teurlings Catholic High School (Lafayette, LA), but did not sign.