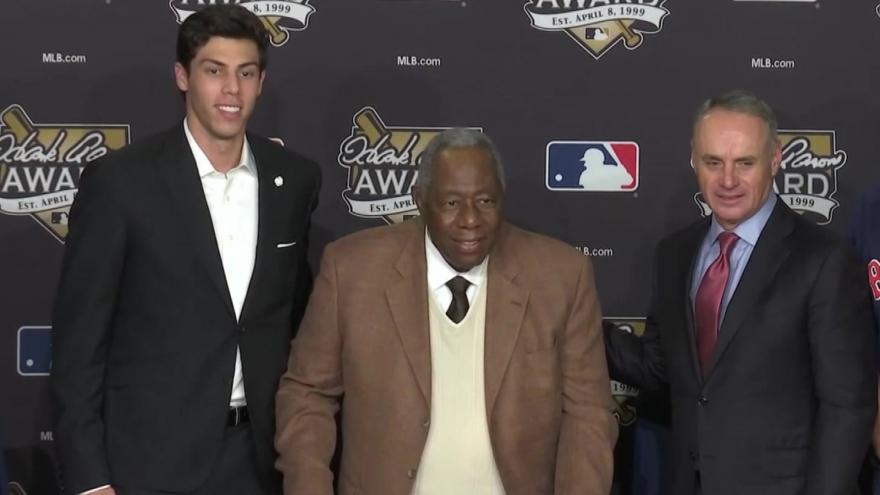 MILWAUKEE (CBS 58) -- Christian Yelich has done it again. For a second year in a row, the Yelich has won the 2019 Hank Aaron Award as the most outstanding offensive player in the National League.

For the second year in a row, @ChristianYelich is officially the most outstanding offensive performer in the National League! #ThisIsMyCrewpic.twitter.com/uDp0fZn0fG

The voters chose Yelich despite the fact that he missed 30 games with back injuries and a fractured kneecap. This year's award may be more impressive than last year's because of the games missed. Yelich's reward? Hanging out at the World Series with baseball's longtime home run king.

Yelich joins Robin Yount as the only Brewers to win two MVP awards, and he would do it in just two seasons in Brewers blue.

The Hank Aaron Award was introduced in 1999 by Major League Baseball to honor the top hitter in each league. TV and radio broadcasters for each team get to vote for a top three and fans can take part on MLB.com as well, with 70 percent of the weight on the vote going to the broadcasters and 30 percent to the fans.