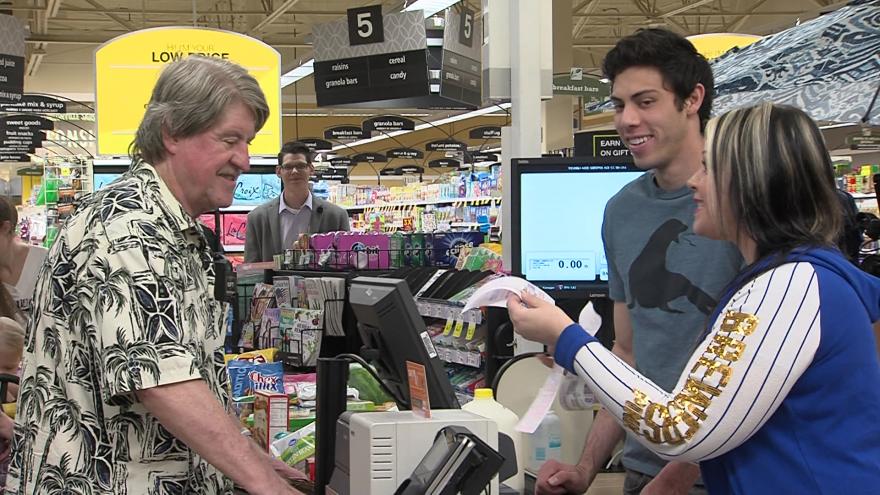 MILWAUKEE (CBS 58) -- Some people who went shopping at the Pick 'n Save store near Miller Park had their groceries paid for by the Brewers.

Ryan Braun, Christian Yelich, and team owner Mark Attanasio greeted customers and paid for the groceries as part of the Brewers' Kindness in MKE event that surprises people with random acts of kindness.

"People were excited and we were having just as much fun, y'know trying to learn how to run the cash register and everything that goes into that. Think I messed up a few times but it was all good fun," Yelich said.

"It's not so easy when you're bagging a bunch of groceries to do it efficiently. Couple of the folks here said there's a national championship for bagging groceries and I would not qualify," Mark Attanasio said.

Brewers players were not given any rules about their acts of kindness. They were just told to come up with creative and fun ways to help people.