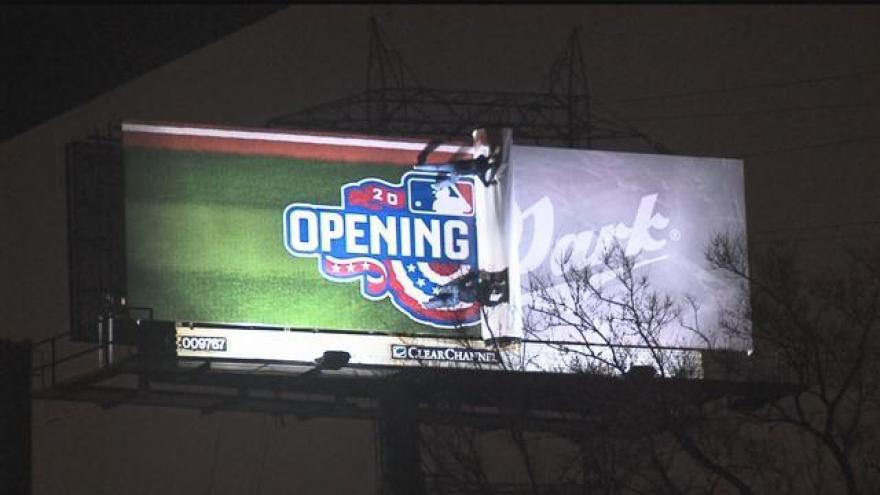 Milwaukee Brewers have been getting calls from people concerned for the well-being of two men on a billboard on I-94.

The billboard along I-94 ahead was meant to spark some excitement for baseball fans for Opening Day.

“There were a few calls made when the “people”  went up there,” said Tyler Barnes, VP of Communications for the Brewers.

The electronic 3-D billboard features two groundskeepers who appear to be pushing back a tarp.

The words “Opening Day” will be revealed when the tarp is fully unrolled.