MILWAUKEE (CBS 58) – The Brewers announced the city approved a plan to allow fans inside American Family Field at reduced capacity.

“I think it’s great,” Dianna Bernal, a Brewers fan, told CBS 58. “Everyone’s waited since last year to go see a game so it’s kind of nice to actually go in, and it’s the feels.”

The team originally submitted a plan to city officials for 35 percent capacity, but it was reduced to 25 percent.

“The reality is this is going to be the largest approved gathering in the state of Wisconsin in essentially a year,” Brewers President of Business Operations Rick Schlesinger said in a video conference with reporters. “I think [the city] wanted to start at a lower percentage. It’s not frankly dissimilar to any other MLB venues that are seeing reduced capacity at the start.”

Along with reduced capacity, face coverings will be required for fans ages 2 and up except when actively eating or drinking.

Fans will also have to watch the game from their ticketed seats, and while mobile ordering is available, people have to go directly to concessions stands to get food and drinks.

There will also be no tailgating allowed to start the season. 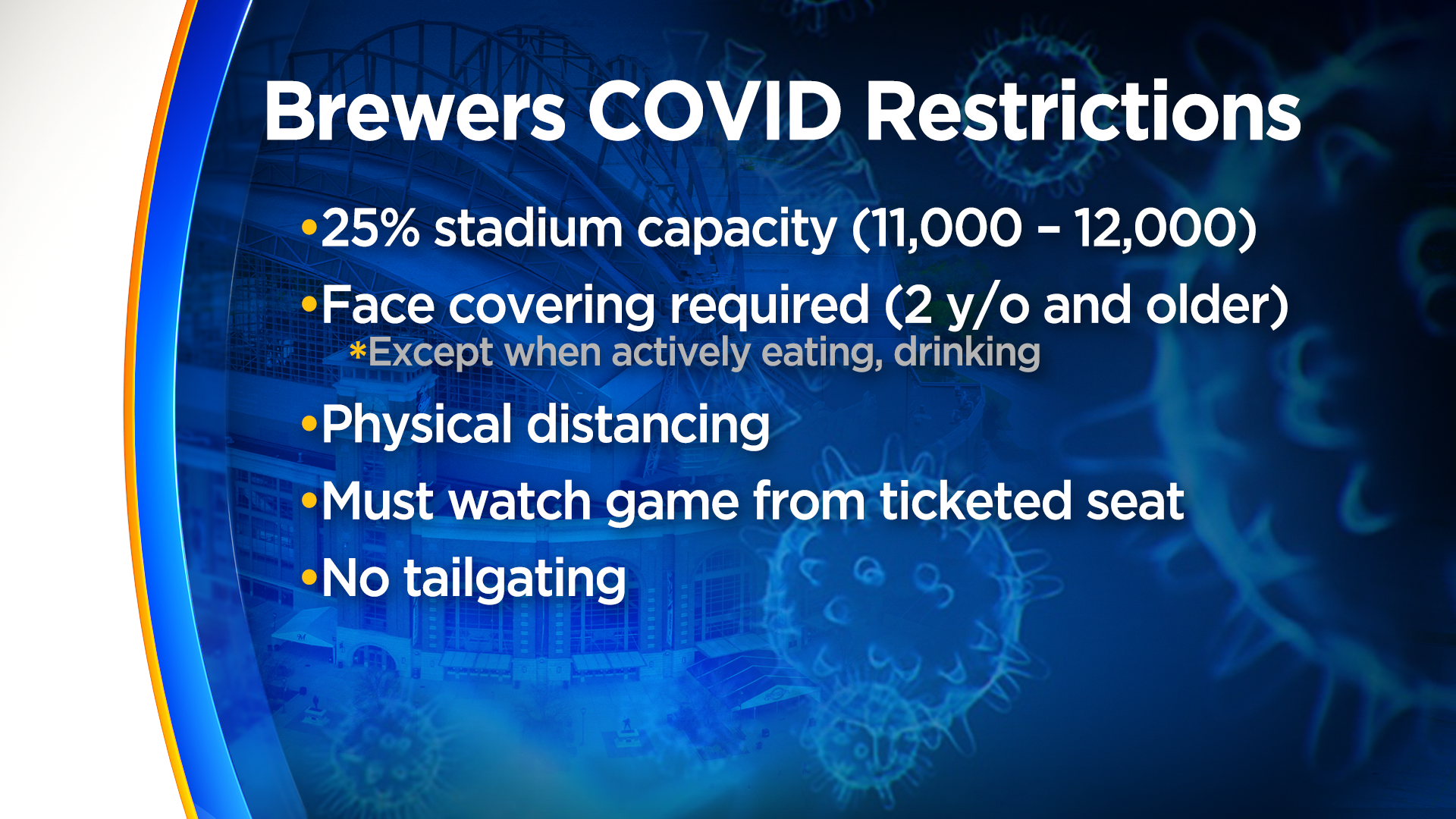 On a county call about coronavirus, Milwaukee Mayor Tom Barrett said he understood tailgating is a popular tradition but one that will have to be on hold for now.

“Obviously if you got two or three people, that’s one thing,” Barrett said. “That can turn into four, and for those of us that have been to a Brewers game, four can become eight, can become 16, 16 can become 30, 30 can become 60. And that’s exactly what we’re trying to avoid.”

The current restrictions are not set in stone, however. Both the city and the Brewers said if metrics related to COVID-19 improve, things like capacity may increase and tailgating could return at some point.

The Brewers said the organization will reach out to season ticket holders in the coming days about ticket information.

More information about the Brewers’ home game policies related to COVID-19 can be found here.

Opening Day is April 1. The Brewers begin their season at American Family Field against the Minnesota Twins.