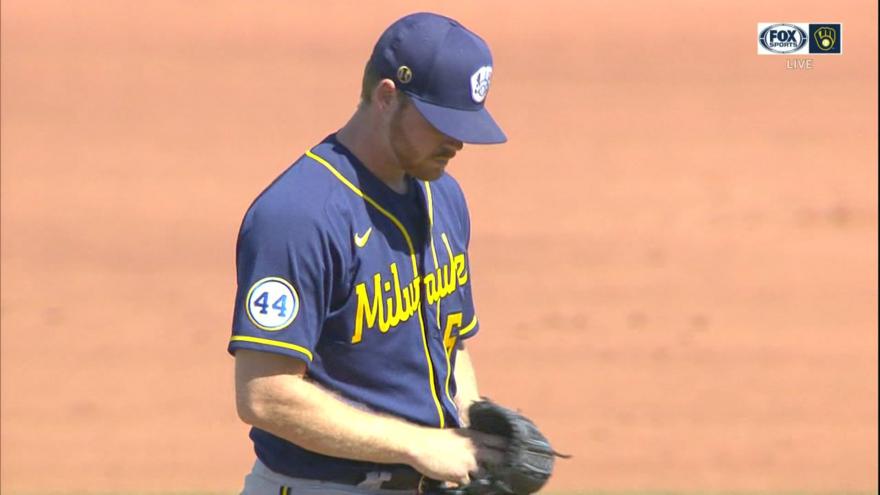 MILWAUKEE (CBS 58) -- The Milwaukee Brewers will play this season without one of the game's legends. Former Milwaukee Braves and Brewers great Hank Aaron passed away in January at the age of 86.

We saw a lot of tributes for the one-time home run king when he passed. People placed flowers on his statue outside the ballpark. Aaron wore No. 44 and American Family Insurance announced two big scholarships of $44,000 for Milwaukee students.

The Brewers also have a tribute to Aaron, the No. 44 on the right sleeve in the form of a patch on their uniforms.

The team will wear it throughout the course of the season home and away to honor the Brewers and baseball legend.

The Atlanta Braves will wear No. 44 on the back of their caps this year.