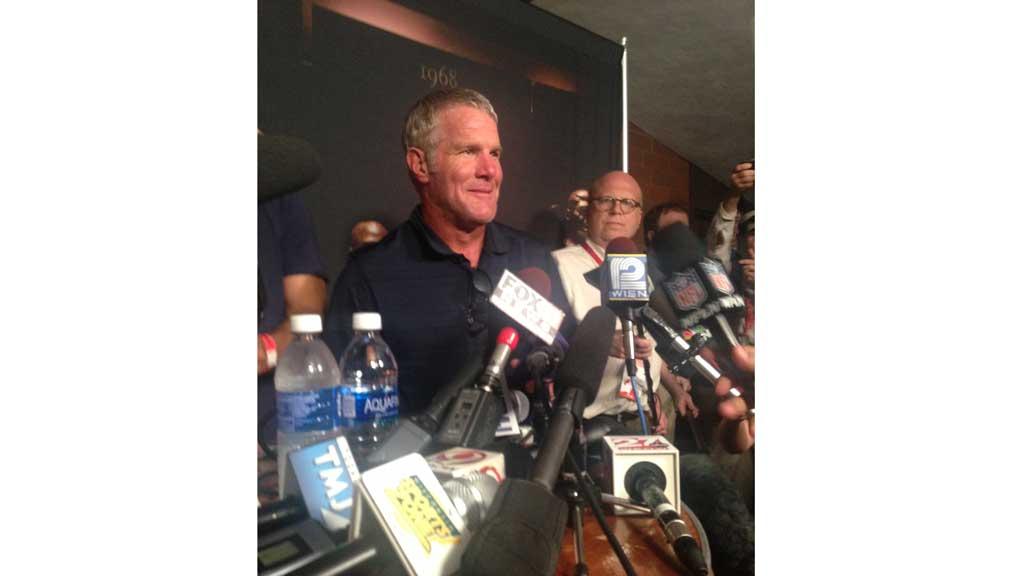 Fans have lined up to take pictures next to this locker in Canton.

Brett Favre goes in to the hall officially tomorrow.

“I've gone through this in my mind a lot. I have rehearsed the speech. I'm not a person who has anything written down, nor will I. I think my speech will be much like the way I play. It will be who in the hell knows,” said Favre.

So what will Brett do once the football firestorm dies after this weekend? You'll hear Favre on SiriusXM radio this football season as a host of hour long broadcasts. Favre has talent with the mic - he grabbed one today to reminisce about a turning point moment in his career - when Brett was traded from the Falcons to the packers.

"I started looking at the map like… Laughs… I knew Green was up north, and way up north, and I was extremely excited. Ever been in the snow before that? I don't think so, no," said Favre.