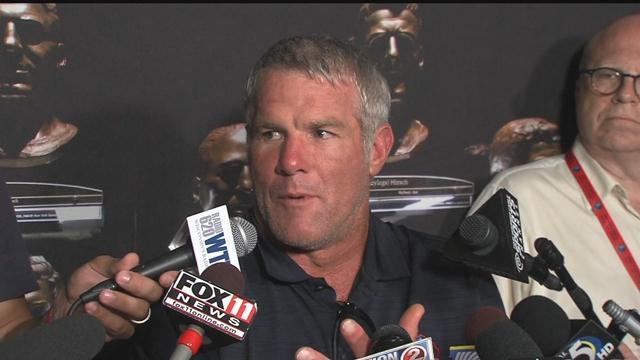 CANTON, Ohio (AP) — Brett Favre, football's most durable quarterback and one of its greatest passers, has been inducted into the Pro Football Hall of Fame.

The first three-time MVP (1995-97) and an NFL champion in 1996, Favre played 20 pro seasons with four teams. He defined toughness in appearing in a record 299 consecutive games, including 16 seasons with the Packers, a franchise he helped revitalize.

A gunslinger with no fear on the field — in addition to completing 6,300 passes for 71,838 yards and 508 touchdowns, he threw an NFL high of 336 interceptions — Favre was a three-time All-Pro and made 11 Pro Bowls. His enthusiasm and love for the game marked his career, which began in Atlanta in 1991 and ended with the Vikings in 2010. He spent 2008 with the Jets.

Favre, 46, was presented for induction by his wife, Deanna.