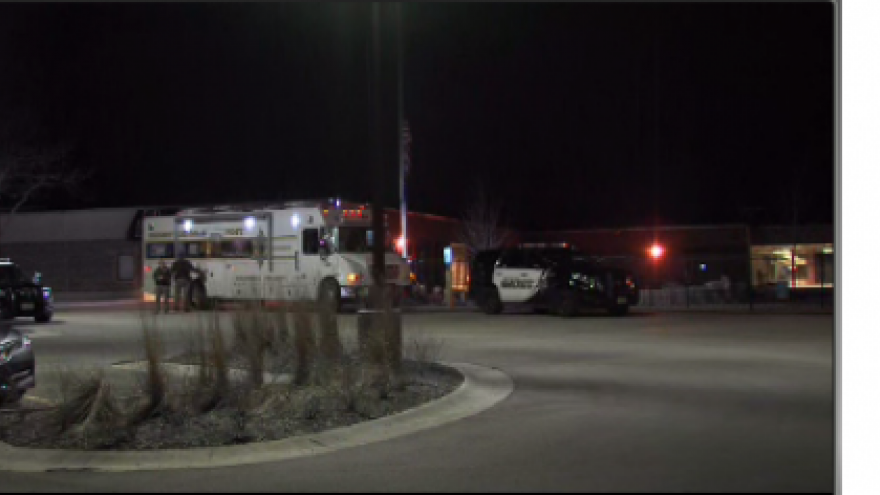 WAUKESHA COUNTY - Officers responded to the area of I-43 and S. Sunnyslope Road for a report of shots fired, when New Berlin Officers arrived to investigate, shots were fired at the Officers who returned fire as they retreated according to a press release from New Berlin Police Chief Joe Rieder.

The man barricaded himself inside and refused to come out, SWAT was called in and negotiators were able to make contact with the man over the phone, after several hours tactical teams from Milwaukee and Waukesha counties made entry into the home, at which time they found the man had died.

New Berlin police are not identifying the man or releasing any additional information until after family members have been notified.

Officers responded to the area of I-43 and S. Sunnyslope Road for a report of shots fired this evening.

According to the New Berlin Police, when officers responded to the area, additional shots were heard and a perimeter was set up. Area residents were contacted and they were told to shelter in place.

While officers were on scene, the suspect fired additional shots towards officers who returned fire.

There are known injuries or fatalities at this time.

According to the New Berlin Police, The suspect is currently barricaded inside his residence and negotiators are in contact with him.

Numerous tactical personnel from Waukesha and Milwaukee Counties are also on scene.

All residents are urged to avoid the area until the situation is resolved.

There is a large police presence near Oakwood Terrace and Armour Avenue in New Berlin.