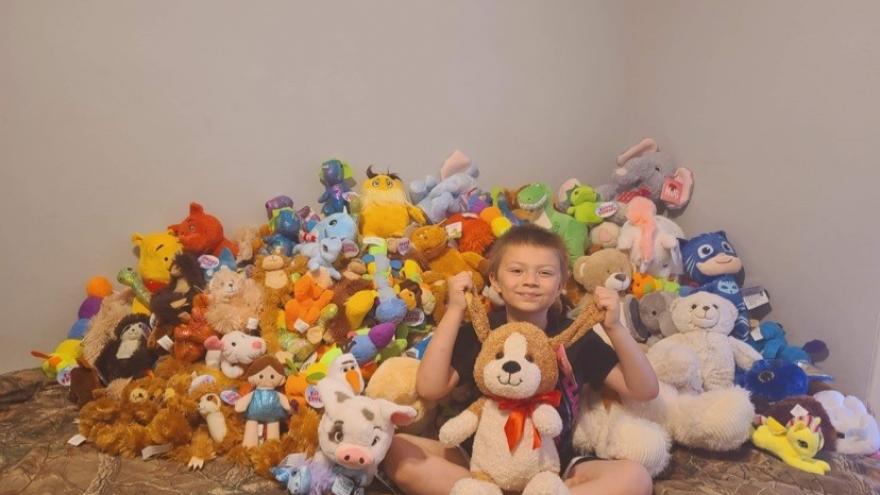 KENOSHA, Wis. (CBS 58) -- An 8-year-old boy donated his presents instead of receiving them for a second-straight year.

Last year, for his seventh birthday, Hunter donated 111 stuffed animals to the Kenosha Police Department for children in bad or scary situations.

Well for his eight birthday, he did it again with even more toys!

"It is just something he came up with last year on his own a week before his birthday and I just ran with it. He loves give back and helping others and he loves the police department and wants to be a police officer when he is older" said Hunter's Mom.

The plush animals will be used by police to help kids who might be going through a tragic situation or having a hard time.