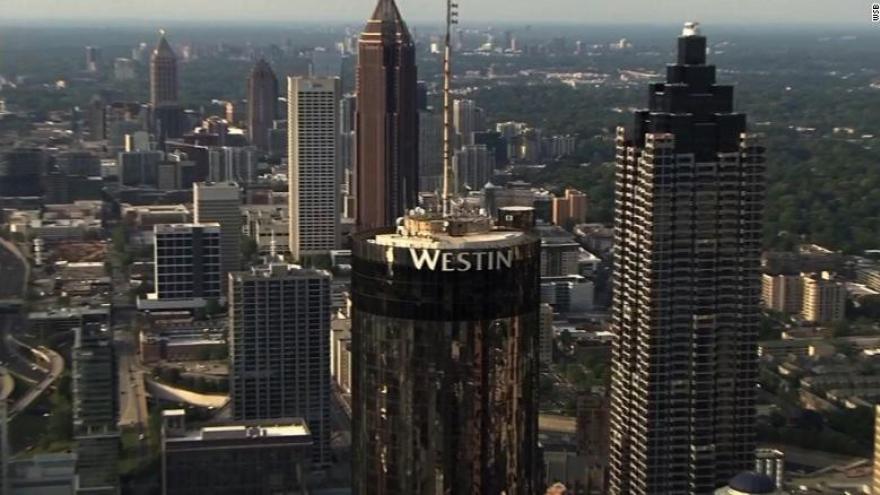 (CNN) A 5-year-old boy died after being crushed Friday in a rotating restaurant atop a downtown Atlanta tower, with the child getting caught between a table and a wall as the floor moved, police said.

The boy was at the Sun Dial restaurant -- whose dining area topping the 73-story cylindrical Westin Peachtree Plaza Hotel rotates to give patrons a panoramic view of the city -- when he left his parents' table Friday afternoon.

As the floor moved, the child became caught "in between maybe 4 to 5 inches of space," Atlanta police Sgt. Warren Pickard said.

"A small child (doesn't) know what to do in those moments. It crushed his little, small body," Pickard said.

The floor automatically stopped as it is designed to do when something is caught. The boy suffered serious head injuries and was taken to a hospital, where he died, the officer said.

"We know they (were) the last customers for the lunch crowd, and this was very tragic," Pickard said.

The family was visiting Atlanta from Charlotte, North Carolina. The boy's name was not immediately released.

The hotel's manager, George Reed, issued a statement offering condolences to the family.

The restaurant will be closed for the Easter weekend because of the boy's death, CNN affiliate WGCL-TV in Atlanta reported.