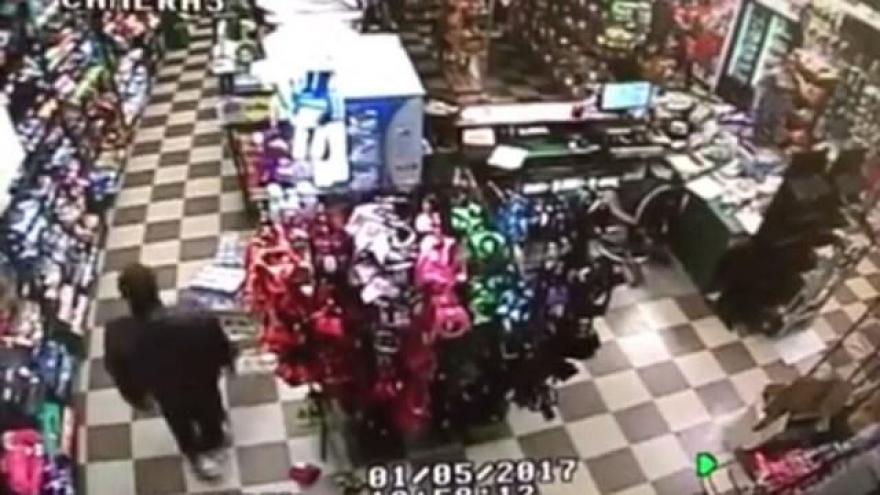 FITCHBURG, Wis. - (CHANNEL 3000) An 11-year-old boy is suspected in an extensive crime spree involving more than a dozen businesses in Fitchburg and Madison, police said.

Fitchburg police said Friday that the boy and a 25-year-old Madison man were taken into custody there on Monday for their suspected involvement in a strong-arm robbery at the Fitchburg Pick 'n Save Saturday and multiple thefts that have taken place in Fitchburg and Madison.

Madison police said the boy was taken into custody Thursday after he was spotted by private security at 9 p.m. at the Watts Road Walmart. Police had sent west Madison retailers an email warning them of the 11-year-old and his suspected recent criminal activity. The security employees said the boy attempted to use stolen credit cards to make purchases at the Walmart Thursday. The cards belonged to a 33-year-old woman whose purse was stolen early Thursday evening from the employee break room at Pet World Warehouse on the West Beltline.

Madison police said the 25-year-old is the boy's mother's boyfriend, who acted as a lookout as the child jumped business counters and stole money from cash registers.

In the commission of other crimes, the man distracted clerks as the child ventured into employee-only areas of stores to steal items, like credit cards, belonging to staff members.

Fitchburg police referred the boy to the Dane County district attorney on charges of strong-arm robbery in the Saturday Pick 'n Save incident, plus theft from Tabby & Jack's Pet Supplies on Jan. 5, felony theft from Cost Cutters on Jan. 6, and theft from the Pick 'n Save on June 4, 2016.

Kaighty McGinnis, manager at Tabby & Jack’s, said he waited until an employee was helping a customer.

"He waited until she had her back turned and then just popped open the door and took the money,” she said.

All three businesses targeted in Fitchburg were on Cahill Main.

Madison police said the boy had been placed in a group home after the Fitchburg arrest Monday. He took off from that facility without permission and committed Thursday's theft in Madison, police said.

Fitchburg Police Lt. Chad Brecklin said it's too early to determine the boy's motive, but it's possible he was put up to it.

“That's something that we're taking a look at, to see if this kid was doing things on his own volition, if he was being put up to things, if it was a combination of both,” Brecklin said. “We definitely don't come across 11-year-olds committing these sorts of crimes on a regular basis. It's really unfortunate.”

After the arrest at Walmart, Madison police said the boy was taken to the Juvenile Reception Center on tentative charges related to theft and unauthorized use of credit cards.

The investigation is ongoing. Anyone with information is asked to contact the Fitchburg Police Department at 608-270-4300 or Madison Area Crime Stoppers at 608-266-6014.