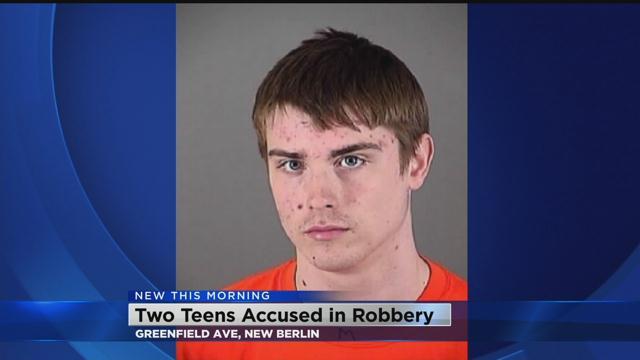 Two teenagers have been charged with serious crimes after a botched robbery at a New Berlin gas station last month.

18-year-old Zackary Stetina is accused of aiming a gun at a clerk and pulling the trigger. The gun jammed, sparing the life of the clerk.

According to the criminal complaint, Stetina was then tackled and lost his gun before trying to get away. He is charged with attempted first degree intentional homicide, in addition to robbery and gun charges.