Border Patrol finds 67 pounds of pot hidden in a casket 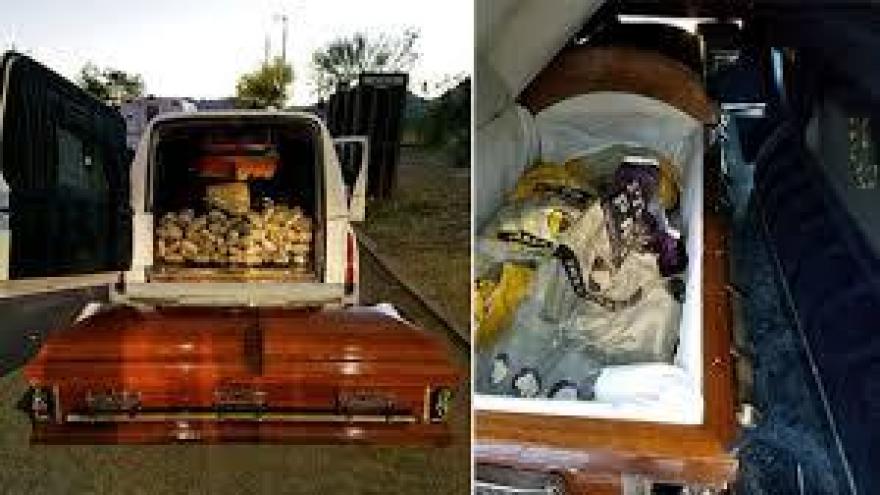 (CBS NEWS) TUCSON, Ariz. -- A 28-year-old man who attempted to smuggle more than 67 pounds of marijuana in a casket while driving a hearse through Arizona has been arrested, CBS affiliate KPHO reports.

According to Border Patrol agents, the American citizen was arrested Saturday on suspicion of smuggling narcotics and contraband.

Authorities encountered the man during an immigration checkpoint in Tucson, the station reports. When a canine unit detected an odor emitting from the vehicle, border patrol agents conducted a search and discovered several bricks of marijuana -- worth an estimated street value of more than $33,000 -- hidden inside of a casket.

Further investigation revealed the would-be smuggler placed several bags of manure within the casket in an effort to mask the odor of the drugs.

Agents subsequently seized the hearse and drugs at the scene.