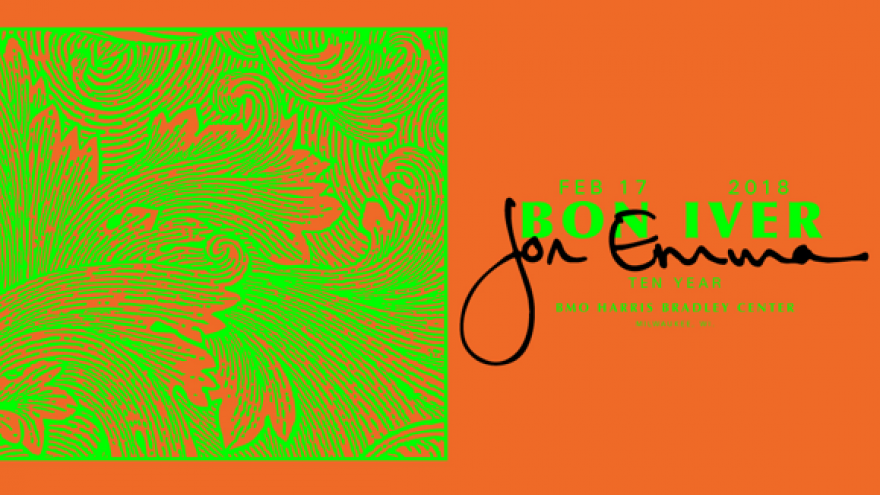 MILWAUKEE (CBS 58) --  Wisconsin native Justin Vernon and his band Bon Iver are playing at the BMO Harris Bradley Center on Saturday, February 17, 2018, to celebrate the ten year anniversary of their debut album For Emma, Forever Ago.

The performance will be called FOR EMMA, TEN YEAR, and will include performances from Milwaukee acts Field Report and Collections of Colonies of Bees.

“Since the very first Bon Iver show on the For Emma, Forever Ago tour at The Pabst Theater in 2008, we knew there was a special magic and importance to this artist unlike anything we had ever seen,” said Matt Beringer, COO of the Pabst Theater Group. “We’re proud to present FOR EMMA, TEN YEAR, a completely unique opportunity to celebrate one of the most significant albums in recent history with one of the finest artists of his era.”

Bon Iver and the record label Jagjaguwar have announced a limited edition reissue of the classic album on CD and LP featuring new artwork and a reflective in-depth essay written by longtime Bon Iver friend and collaborator, Trever Hagen. The reissue will be officially released on February 16, 2018, and available exclusively through boniver.org and at the FOR EMMA, TEN YEAR merch table.

Tickets will be available to the general public on Friday, November 3 at 10:00 a.m through ticketmaster.com.

Members of the Bon Iver fan website can purchase tickets before they are made available to the public.