Body with 'Cement Shoes' Found Washed Up on Shoreline 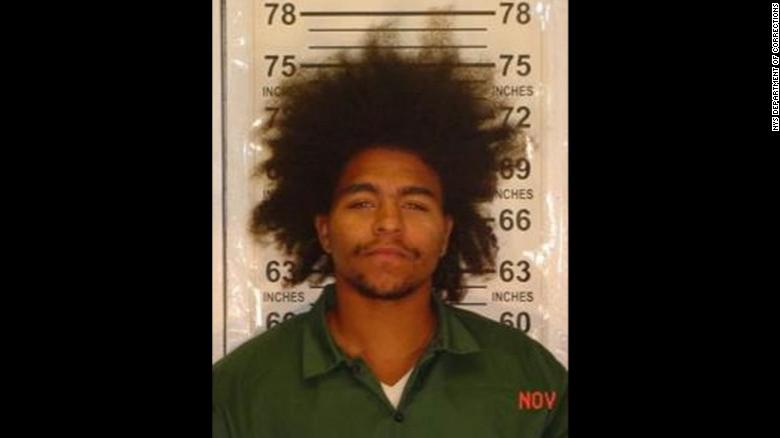 (CNN)It's the stuff of mafia lore -- a doomed target thrown into the depths of the ocean, with his feet encased in cement,

And yet, on an unseasonably cool morning in Brooklyn, a body with so-called "cement shoes" washed ashore this week, igniting the mystery of who committed the crime, and why.
Authorities have identified the body as that of a 28-year-old suspected gang member named Peter Martinez.
Martinez was found wrapped in "black plastic bags, his arms were tied behind him, and his feet were submerged in poured concrete," said New York Police Chief of Department Robert Boyce.
Martinez' head, including his mouth and nostrils, were covered in tape, Lt. Thomas Antonetti said.
Tattoos of an 8-ball and a Virgin Mary with a rose, among several others, assisted in identifying Martinez.
The almost mythical "death by cement shoes" was popularized by E. L. Doctorow's 1989 novel, "Billy Bathgate," in which a 15-year-old Bronx boy bears witness to the murder of a man thrown into the East River with his feet encased in cement. The man in the novel was killed after he was believed to have betrayed his fellow mobsters.
The motive behind Martinez's murder remains a mystery. He was reported missing in February.
Martinez had been involved in gangs and was a member of "a subset of the Crips," Antonetti said. He had several prior arrests and his criminal record includes "possession of stolen property, reckless endangerment, and criminal possession of a weapon," Antonetti said.
His body was discovered by a college student Monday morning, along the shorelines of Sheepshead Bay, a neighborhood now known for its multiple marinas and its eastern European and Russian immigrant community.
Chief Boyce noted at a press conference Tuesday that an autopsy was being conducted by the medical examiner, who was also looking to determine how long Martinez had been in the water.
The medical examiner did not immediately return CNN's request for comment Friday.
Share this article: