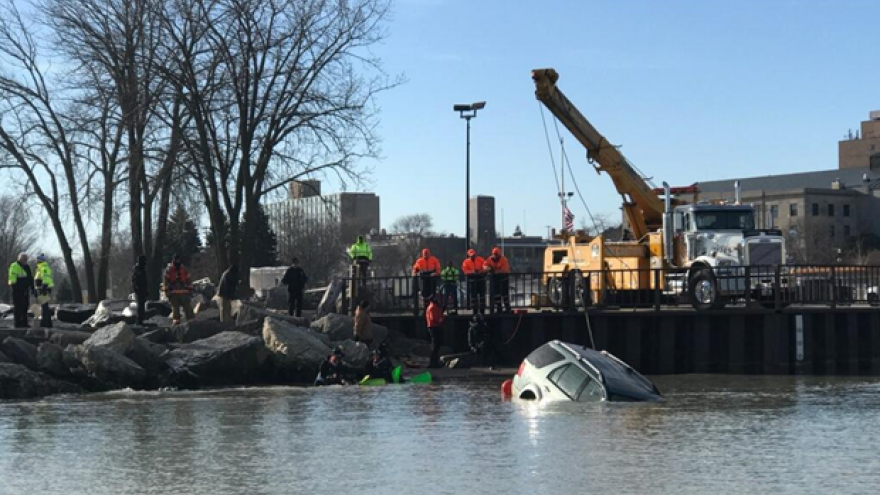 RACINE, WI (CBS 58) -- The body of a 30-year-old woman was recovered from Lake Michigan this morning by the Racine County Water Rescue Team.   According to the Racine County Sheriff’s Office, the woman was found around 6:50 AM inside a vehicle off the 5th Street boat launch in Racine.

Reports of a vehicle driving into Lake Michigan were first received by authorities around 2:20 AM.   Initially, the vehicle was reported floating in the lake near “The Oasis” which is near the North Beach area of Racine.  Racine Sheriff’s Deputies and Racine Police Officers began searching all locations along Racine’s lake front.   Strong winds and waves hampered the efforts.

The Racine County Sonar Team eventually located the vehicle around 5:45 AM in about 8-feet of water off the boat launch near Pershing Park.   Divers entered the murky waters and around 6:50 AM were able to remove the woman from the vehicle, but efforts to revive her were unsuccessful.

The name of the woman has not been released.