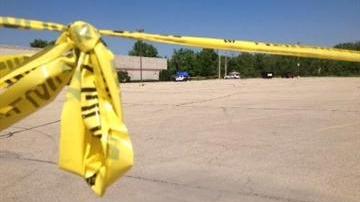 WATERTOWN -- A body was found in a Watertown parking lot Friday morning.

Friends and family have identified her to media as missing Dodge County woman Heather Stewart.

But police are not confirming the name.

Watertown police responded to reports of a body found at a parking lot on the 600 block of S. Church St. The Watertown Police Department is working with the Dodge County Sheriff's Department in this investigation.

Dodge County Chief Deputy Scott Smith would not say why they considered her endangered, but that authorities considered it \"a credible enough threat\" to launch a search.

He said the missing person investigation into Stewart is still \"very active and ongoing\" in coordination with Watertown police.

But he stopped short of saying the search of the parking lot of the former Pick N Save building in Watertown was directly connected.

Smith said Stewart works at Rogers Memorial Hospital in Oconomowoc but did not report for work.

Best friend Amanda Runyard choked back tears as she watched crime scene technicians scour the lot where the disturbing discovery was made.

Runyard said they had searched this parking lot before but found no evidence of what happened to Stewart.