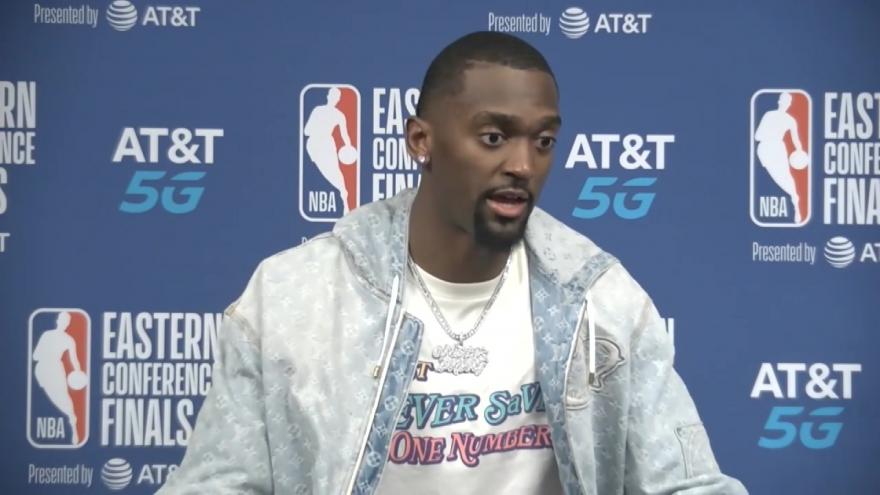 MILWAUKEE (CBS 58) -- He truly has an underdog story after not getting to play much in the semi-finals.

Bobby Portis was picked to start in Giannis Antetokounmpo's spot during the playoffs after the Greek Freak took a blow to the knee.

Portis got some big minutes in the first two games against the Hawks, scoring 11 points and getting eight rebounds in Game 1. During Game 2, he brought energy off the bench. That is when those "Bobby" chants started in Fiserv Forum. Game 3, Portis had 15 points.

After the NBA Finals' Game 6, Portis said he couldn't help but be emotional, recounting his journey to the big moment.

"It means the world," Portis said. "For 10 months straight I was at home working out, real depressed, real down that I wasn't invited to the bubble with my team. Having a chance just to go home, workout, hanging out with my mom. I found some peace again, I found peace in my life. Coming here again, was the best thing that ever happened to me man. I wouldn't trade it for the world."

Portis' underdog story is one that resonated with fans so much, that Portis now has special shirts and even songs written in his honor.