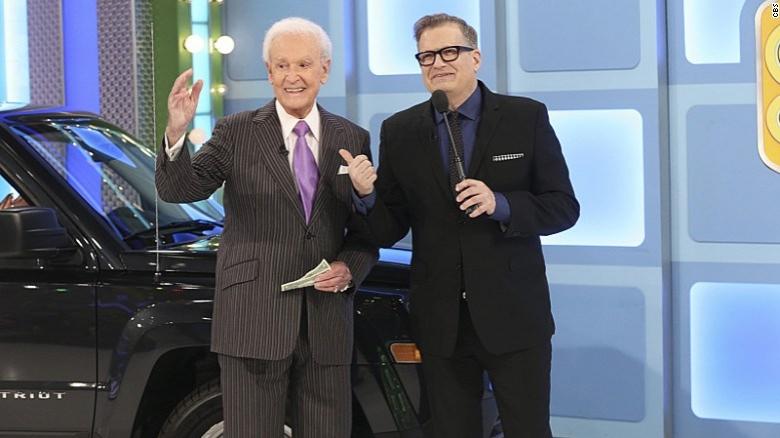 (CNN)Former "Price is Right" host Bob Barker is in the hospital after a fall.

Police officers in the area witnessed Barker's fall and helped him immediately. He suffered some lacerations, but was conscious and alert. Barker was taken to a nearby hospital in an ambulance.

Barker, 91, was a staple on network television for decades -- hosting everything from game shows to parades to beauty pageants -- and he presided over "The Price is Right" on CBS for 35 years. He won 19 Daytime Emmy Awards and retired in 2007.

He returned to the show in April, in a special April Fool's Day appearance with current host Drew Carey.

Barker deftly handled the first price-guessing game of the show, the classic "Lucky Seven," before turning hosting duties over to Carey, who finished up.

A longtime animal rights activist, People for the Ethical Treatment of Animals' Los Angeles office was named for him in 2010. Barker always ended episodes of the "Price is Right" with this line: "Help control the pet population. Have your pets spayed or neutered."