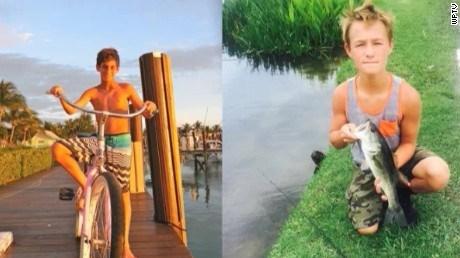 The discovery of the single-engine vessel on which Perry Cohen and Austin Stephanos, both 14, got lost at sea during a burst of severe weather on July 24 was confirmed Saturday by the U.S. Coast Guard and Florida Fish and Wildlife Commission.

The 19-foot Seacraft vessel was found March 18 by the Norwegian ship Edda Fjord about 100 miles off the coast of Bermuda, Coast Guard Chief Petty Officer Ryan Doss said in a statement. There was no immediate indication of what happened to the missing boys.

The boat, which was in the shipping lane, was removed from the water by the crew of Norwegian ship, according to Doss. Personal items were found on board, including a cell phone and plastic tackle boxes.

"The boat was subsequently confirmed to be the boat that belonged to Austin Stephanos," Rob Klepper, a spokesman for the law enforcement division of the fish and wildlife conservation commission, said in a statement.

The families of the two boys have been notified, Klepper said. The boat is expected to arrive by shipping container to the United States from Norway on May 16.

"The personal effects that were onboard the boat will be returned to the families of the victims," Klepper said.

On the Facebook page of the Perry J. Cohen Foundation, Perry's mother, Pamela Cohen, and stepfather, Nick Korniloff, said Saturday: "This is an open Missing Persons case, and we hope that FWC reopens their investigation and utilizes the expert resources of other government agencies as well as the private sector if necessary to extrapolate the data from the recovered IPhone (found on the boat)."

The foundation promotes boater safety and education for young people.

Days after the boy's went missing, searchers had located the boat dozens of miles off Florida's Atlantic coast, well north of Jupiter, the community the pair left days earlier.

One life jacket was found in the water, but there was no sign of the boys. It's unknown whether the boys were wearing life jackets.

But the boat had drifted away by the time a commercial salvage company arrived to tow it about 67 nautical miles (about 77 miles) off Florida's Ponce de Leon Inlet. 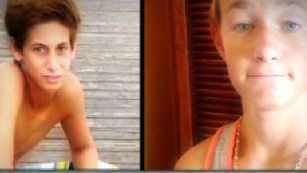 In late July, the Coast Guard said it has done all it could to find the missing teen boaters. Their families, however, said a private search would continue.

The Coast Guard's week-long search after the boys were reported missing extended from southern Florida to North Carolina, officials said at the time.

The Coast Guard had estimated that someone could survive in the warm Atlantic waters for up to five days at that time of year.