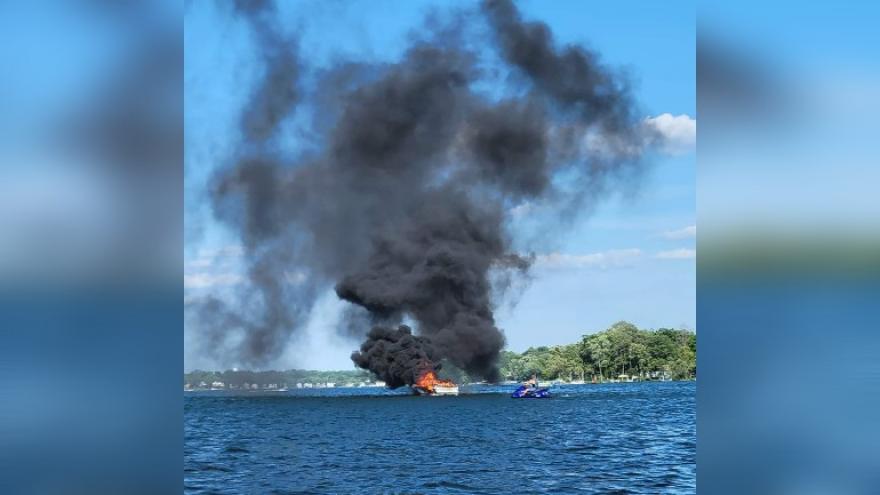 The two boaters reportedly believed the engine was overheating and were trying to make it back to dock before the fire broke out.

Officials say good Samaritans on the lake attempted to put the fire out by causing waves using boats and jet skis.

Police say the fire was finally put out by Lake County Rescue and Fire after the boat patrol pulled it to shore.

The two males involved in the fire did not suffer injuries but the boat was declared a total loss.

The DNR will open an investigation into the fire.