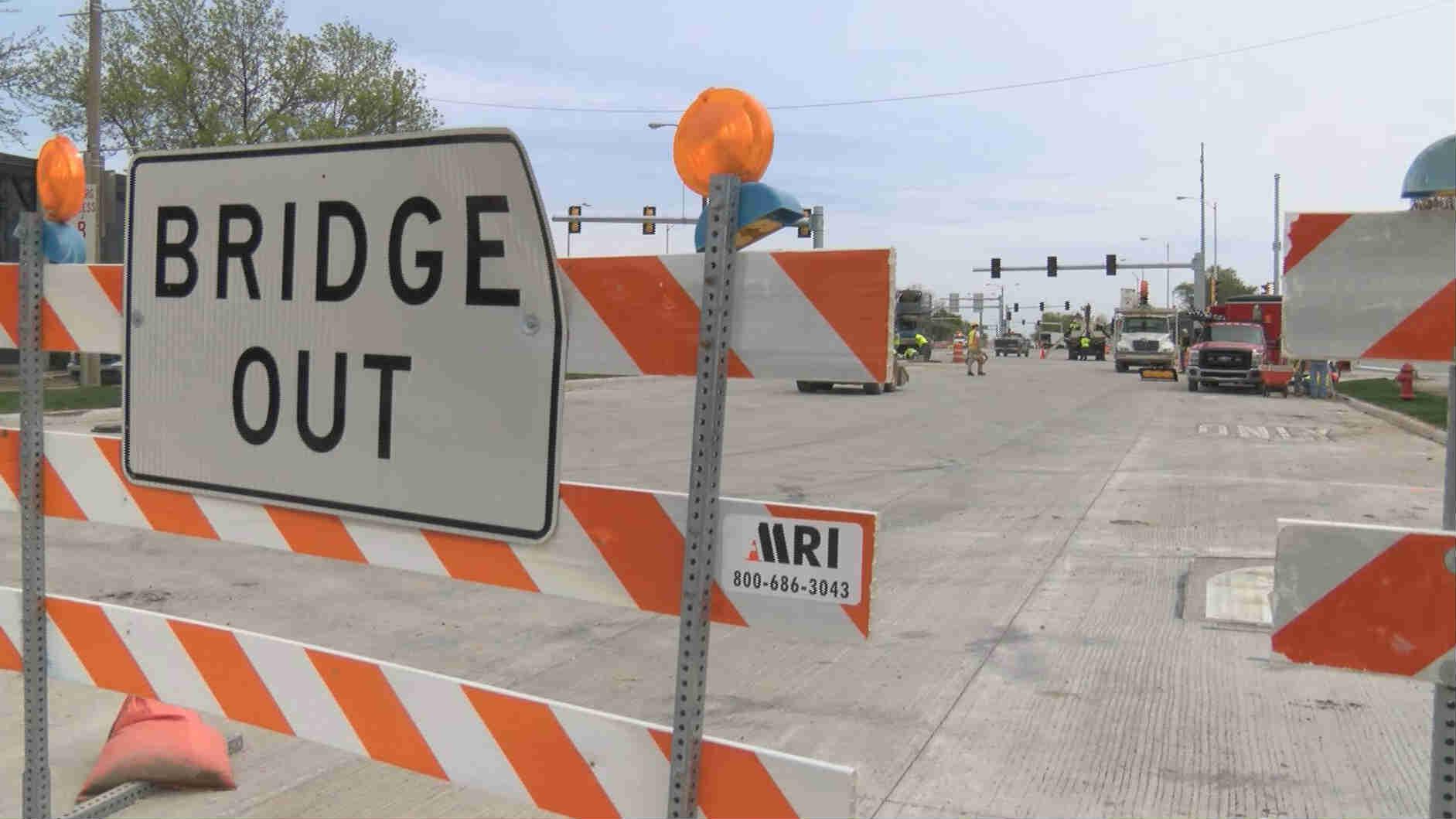 The Bluemound Road bridge over US-45 will reopen early next week. The Wisconsin DOT project manager says crews expect to open the bridge to car and pedestrian traffic late Monday night in time for the Tuesday morning commute, about a week ahead of schedule.

The DOT closed the bridge for demolition in October, 2014. The work is part of the overall Zoo Interchange Project, where core work is expected to be complete sometime in 2017.

The DOT initially expected to reopen after Memorial Day weekend, but thanks to good weather and hard work, they'll finish early.

\"This project is so massive that every piece, every construction area we can open up earlier is beneficial,\" Klipstein said.

The news is especially good for the Milwaukee County Zoo, which sits just yards from the bridge. Attendance is actually up by 20,000 at this point compared to last year, but zoo staff can't wait for clearer access.

\"It just gives you different options and, of course, right ahead of the Memorial Day weekend, which is the high season,\" zoo public relations coordinator Jennifer Diliberti said.

Drivers will notice additional turn lanes and new crosswalk indicator lights along Bluemound (you can find how those lights work here). The southbound US-45 off ramp to Bluemound will reopen by year's end, but other freeway on and off ramps won't open along Bluemound Road for quite some time.

But good news for some becomes a new challenge for others. The Wisconsin Avenue bridge will close as soon as Bluemound reopens. That meant working out emergency and commuter routes for nearby Children's Hospital, Froedtert and the Medical College of Wisconsin campus.

\"We've really built an effective system through the DOT's participation, to communicate with those agencies directly,\" Children's Hospital Security Services manager Mike Thiel said. Thiel says he's had weekly meetings with the DOT to make sure the construction hasn't had too big of an impact.

\"If you have to access 95th Street, do what you have to do,\" Nichols said with a smile. \"But if you find another way, that would be good too.\"

The Wisconsin Avenue bridge will stay closed through late 2016. You can find detour routes and more information at the DOT's Zoo Interchange Project website here.