Blue and Black? Or White and Gold? The science behind #TheDress debate 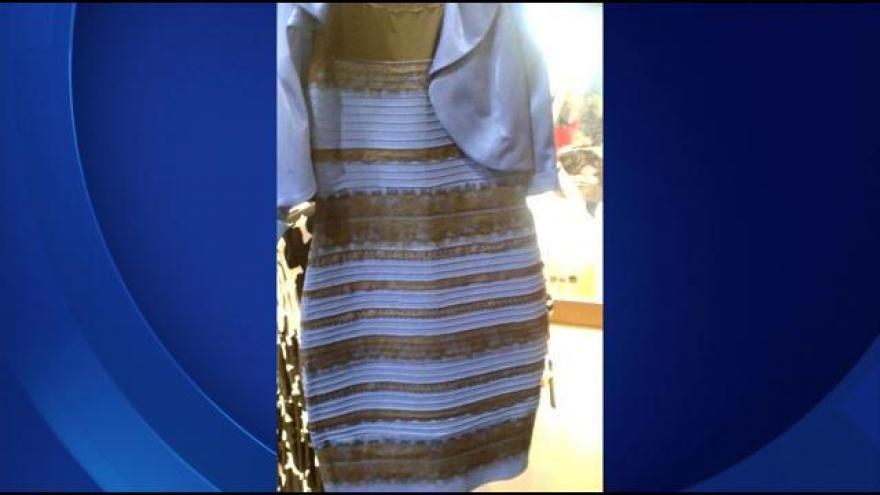 MILWAUKEE-- It's the dress-- that broke the internet, a body-con, lace dress by UK based designer, Roman Originals.

A shopper snapped a photo of the dress, and debate over the color of the dress made the image go viral.

"I had no idea, it was just so clearly white and gold, I couldn't imagine it being anything other than that," said Lisa Quezada.

While some see the dress as gold and white, others see it as blue and black.

"On Yahoo, it was blue and gold, but I think it's white and gold," said Joan Arnett.

"I see it as gold and white, but I'm aware it's possible for others to see it other ways," said Prof. Adam Greenberg, from UWM's Neuroscience Department.

Greenberg says it comes down to lighting and perception.

"The photograph I should say was likely taken, in a slightly bluer light than normal, and so it depends on the interpretation of the individual," said Prof. Greenberg.

The bluer lighting makes many people see the blue as white, but not if you change the light.

"If people interpret the image as being bathed in white light, sunlight, then they'll see it in it's true colors, which is blue and black," said Greenberg.

Greenberg says the camera used to snap the photo could also play a factor in how people see the color.