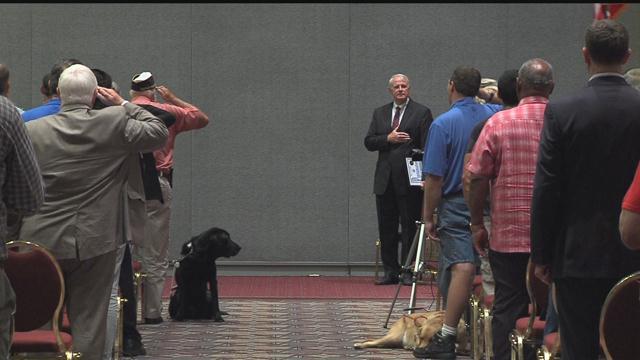 The BVA serves as the exclusive voice for blinded veterans nationwide and offers peer-to-peer counseling and other services for 750-800 visually impaired veterans in the Midwest region.

"Last year we had 3.6% unemployment rate," said Governor Walker. "That's one of the best in the country and it's lower than the statewide rate."

Mayor Tom Barrett was also in attendance with a special proclamation in hand.

U.S. Senator Ron Johnson also addressed the crowd. He has several former military on his staff, now pursuing further education and new careers with their tours of duty complete.

Among the key messages of the day was that we can all pay tribute to veterans. But the best way to thank them for their service is to secure them work when they return home.