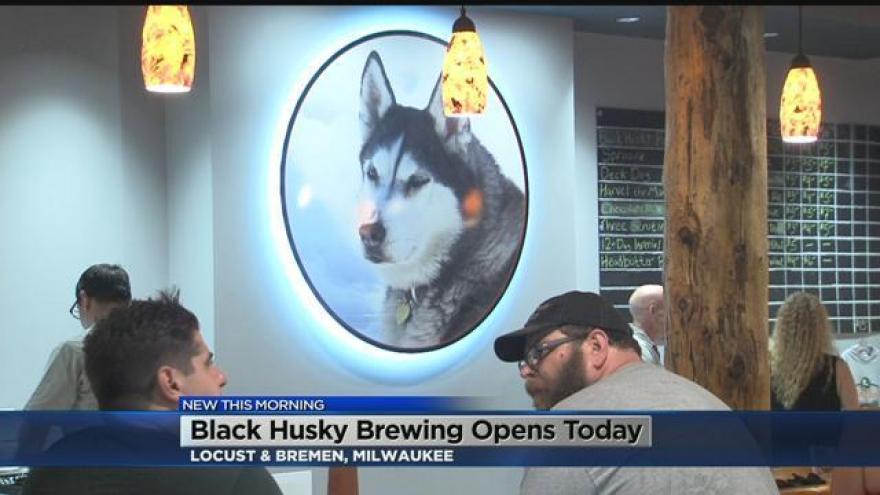 A new brewery opens in Milwaukee on Wednesday. Black Husky Brewing opened 6 years ago in the community of Pembine, Wisconsin. Due to popular demand in the Milwaukee area, the brewery decided to expand.

The new facility is located in the Riverwest Neighborhood on the corner of Locust and Bremen. The owners transformed a former auto repair facility into a taproom and brewery. There are 8 beers on tap to start, including the most popular flavor "Sproose."

"It's a double IPA made with spruce. We actually go out to the woods and put spruce in the beer.  There's a few breweries that do that throughout the country, but nobody does it year round," said Tim Eichinger, one of the owners.

Black Husky celebrates its grand opening on Wednesday at 2:30 p.m. with a ceremonial keg tapping.