Black Friday Shopping Begins Amidst Protests and Calls for a Boycott 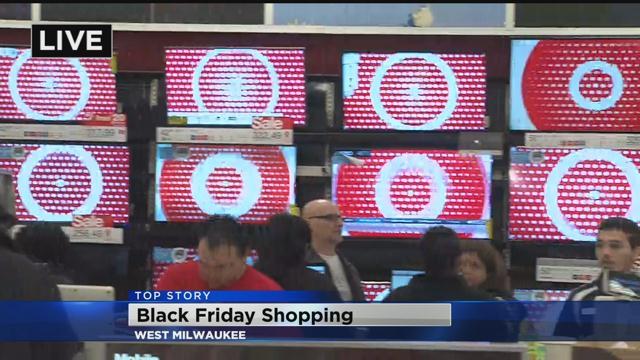 Before daylight, we found a group who had been to four places.

Kristopher Landolt says, "We went to the mall first, went to Best Buy, Kohl's, and then Denny's for a little to eat."

Some shoppers broke away early from family to get deals.

Jason Johnson says, "I'm Thanksgiving shopping, getting it done, so I can get home and get another plate."

But we found many others who decided to sleep in, like several shoppers at the Target on Miller Parkway.

Shelly Drezek says, "We actually normally go to the Mall of America and do the shopping there. This year taking an even keel and didn't want to deal with the crowds of people so I waited for today."

Protesters marched along Chicago's luxury corridor disrupting Black Friday Shopping and expressing outrage over the officer involved killing of a teenager and what they believe was a cover up by withholding video of the incident form last year.

Demonstrators are demanding for the resignation of the Police Commissioner and for a federal investigation into the Chicago Police Department.

It was under court order that the video of the shooting from a police car dash board camera  was made public just days ago. Charges came down on the same day as the release of the video.

The Coalition for Justice in Milwaukee also called for a boycott. As it did last year in the wake of the fatal officer involved shooting of Dontre Hamilton in Red Arrow Park.

It is unclear if there was an impact, since we found folks still camping out at local stores to be the first in line for bargains and special offers.