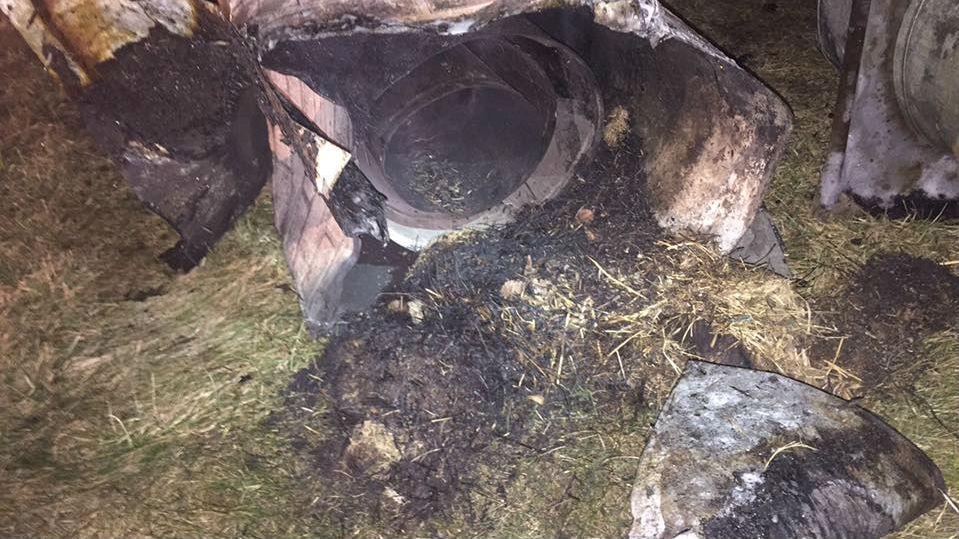 At approximately 8:48 PM Friday evening the South Milwaukee Fire Department received a telephone call from the occupants of a two-family residence in the 800 Block of Blake Avenue reporting what they believed to be a chimney fire.

Upon arrival of firefighters, fire was seen coming from the chimney and out of the attic through the roof. All occupants were out of the building and accounted for.

Firefighters extinguished the fire from the inside by removing an area of drywall around the chimney chase above the second floor fireplace while a crew on the roof extinguished that area and removed most of the charred material from above.

Examination of the attic revealed charring to the roof structural members and plywood roof decking.

Upon examination, a large accumulation of bird nesting materials was discovered inside the false chimney box directly in contact with the steel chimney flue. It appears as though the fire started in the nesting materials and extended to the wood structural members.