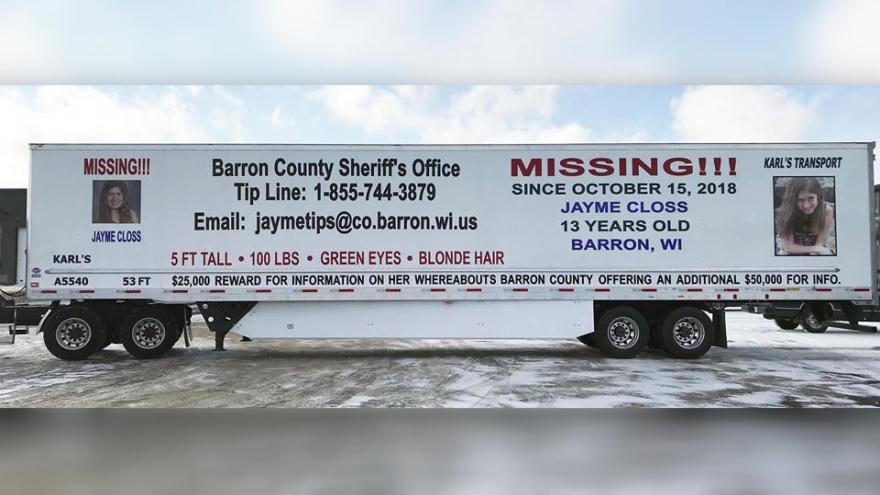 WISCONSIN (CBS 58) -- A new billboard will be seen across the country in hopes of bringing home a missing Wisconsin teenager.

The Barron County Sheriff's Office says a semi with photos of Jayme Closs will be on the road traveling across the country. The Sheriff's Office hopes the Billboard will bring in tips or clues in Jayme's disappearance.

The 13-year-old was last seen on October 15 after someone murdered her parents at their home in Barron County.