Bill to extend bar close for DNC running out of time 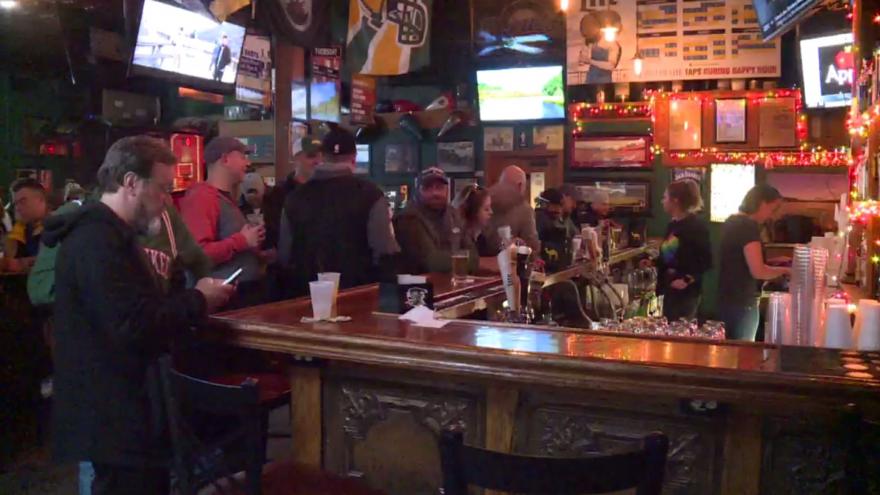 MADISON, Wis. (CBS 58) – A bill to extend bar close in southeastern Wisconsin during the DNC is running out of time to become law.

The bill extends the bar close from 2 a.m. to 4 a.m. in portions of southeastern Wisconsin during the four-day DNC. The area affected would include the Milwaukee area, north to Sheboygan County, north west towards the Wisconsin Dells and west towards Rock County and Madison.

Advocates of the bill said convention-goers are expected to flood restaurants and bars after the DNC’s primetime events. But there is a sense of urgency since both the Assembly and Senate will not meet again after the beginning of March.

The bill was introduced last year, but it has not yet received a hearing.

The Milwaukee Business Journal reports that the bill is stalled because Rep. Rob Swearingen (R – Rhinelander) will not consider the bill unless it is tied to legislation to regulate wedding barns that sell alcohol. Swearingen is a former president of the Tavern League of Wisconsin.

CBS 58 reached out to Swearingen’s office for comment but he was not available.

Advocates are hoping to build a coalition to push the bill through.

“We’ve had multiple meetings, including with leadership – on the democratic side, republican side,” said Hillmer. “We’re just interested in getting this done.”