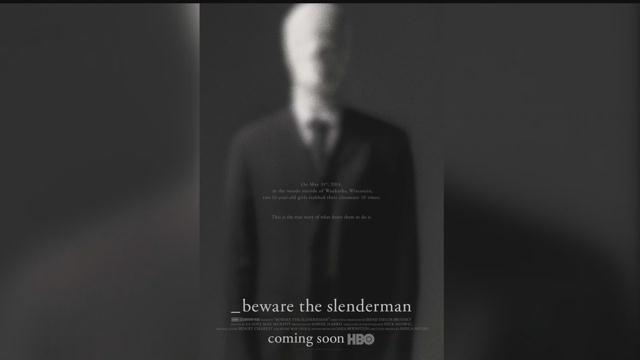 For more than two years now -- Morgan Geyser and Anissa Weier have been in custody, awaiting trial for a gruesome crime.

The two teenagers are accused of repeatedly stabbing their classmate to satisfy the fictional, online character -- slender man.

Both have pleaded not guilty by reason of insanity.

The documentary, Beware the Slenderman, made its debut at the Milwaukee Film Festival. Viewers like Katherine Weisbeck called it an eye-opener.

"Watching it unfold and seeing the interviews with the girls, was really, very dramatic," said Weisbeck.

The movie profiles the stabbing of a young girl by two of her classmates -- Morgan Geyser and Anissa Weier -- in Waukesha.

They claim to be inspired by the character. Milwaukee Film Festival organizers say they wanted to let it premiere locally first, before it came to HBO, working with the filmmakers and network to make it happen.

"This community has been greatly affected by this," said director Irene Taylor Brodsky.

Director Irene Taylor Brodsky has been following this case nearly since the beginning, and has worked closely with the suspects' parents.

I think it's difficult to make a film about perpetrators. That's not usually where social popularity lies. With the perpetrator, in a case like this. So I think it made the film more challenging," said Taylor Brodsky.

With in-depth interviews with the Geyser and Weier families, interrogation video, commentary by psychologists and the history of the Slenderman character.

"You can't responsibly talk about this crime without talking about the internet. The internet was this universe that these girls were inhabiting, with this sort of vigor and enthusiasm that might even be more than the typical kid," said Taylor Brodsky.

Giving viewers a never-before-seen understanding of that day.

"I think it really did a good job of humanizing these little girls," said Weisbeck.

Weier's parents were at the viewing. They say, although the process has be tough, they are pleased with the outcome of the film.