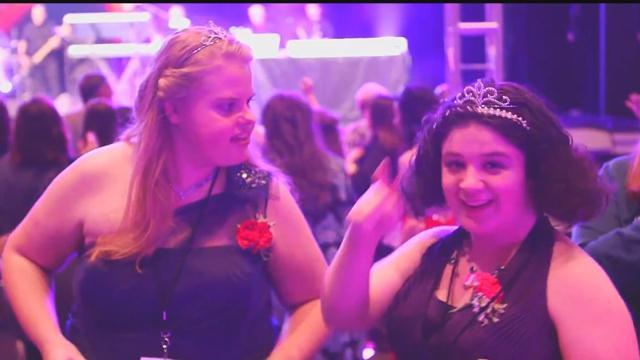 Get your dance shoes ready, it's prom season. For a second year, the Tim Tebow Foundation is sponsoring "A Night to Shine," an unforgettable prom night for people with special needs. Last year, the nationwide event took place simultaneously at 44 churches in 26 states and 3 countries.  More than 7,000 honored guests were celebrated by more than 15,000 volunteers in their communities.

There are eight churches taking part in Wisconsin, including Bethesda Lutheran Communities. The organization, which provides homes and other services to people with developmental disabilities, has partnered with two other churches in the area to put on a prom event.

The February event is already a big success. The location has a 120-person capacity, which they've already met. Now, the group is looking for volunteers to help with set-up, cleanup, coat checks, dancing and people who are willing to serve as "buddies." Each guest is partnered 1-on-1 with a "buddy" for the evening. This gives caretakers, parents and guardians the night off.

Bethesda received a grant from the Tim Tebow Foundation to put on the prom, and Tebow himself plans to surprise guests at one special prom. Bethesda hopes their location, with an airport nearby, gives them a leg up.

"We're hoping maybe he'll utilize that airport and land and maybe show up at our event," said McCarthy.

"A Night to Shine" is taking place February 12 from 6-9 p.m. at Bethesda's Watertown campus at 700 Hoffman Drive. To learn more about the prom or to volunteer, click here.