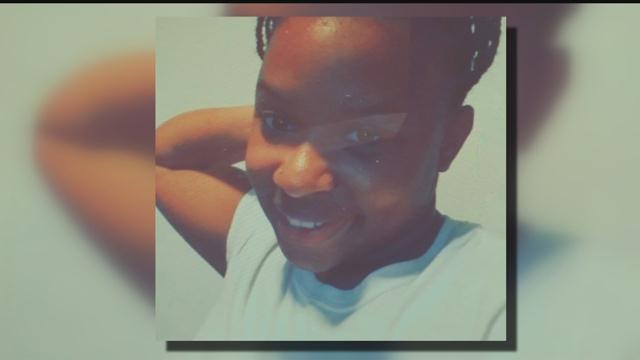 A 19-year-woman is dead after getting caught in the gunfire of an early Sunday morning drive-by shooting, according to a Milwaukee Police press release.

A second victim - a 20-year-old man - was also injured. The suspects are still on the loose, according to a press release.

Authorities have not yet identified the woman pronounced dead at the scene. But friends and family members of the victim tell CBS 58 News that authorities contacted relatives for help identify 19-year-old Loretta Collins.

"I feel like everybody don't believe it's true. Like I feel like their shocked. They're at a loss for words. They don't know what to say," Ashley Golden, the victim's best friend, said.

Golden said her last communication with Collins was through texts about going out for the night. Loretta never responded to the last message Golden sent.

"We was best friends, sisters. We call each other every day. We did everything with each other. We got matching tattoos," Golden said.

The tattoos - matching large group of flowers on the legs of the young women - is one of the ways family was asked to identify Collin.

"I feel like it was just random. Like, who would want to get Loretta? I feel like it wasn't meant for Loretta. It was targeted for somebody else. But Loretta had to be there at the wrong time," Golden said.

Collins was three days away from her 20th birthday and a recent graduate of Vincent High School.

The male victim is currently hospitalized with what authorities are calling non-life-threatening injuries.

As for the suspects, there is currently no description for them or their vehicle. A police summary of events suggests multiple people in the car were shooting.

Milwaukee Police continue to seek a motive and are searching for suspects. If you have information on the situation contact 414-933-4444.