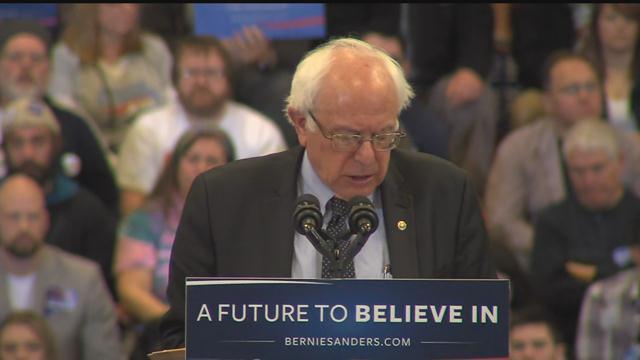 Senator Bernie Sanders was the first presidential candidate to make a stop in Kenosha this campaign season when he held an event at Carthage College on Wednesday.

"Are you ready for a political revolution?" he asked the crowd of close to 2700, which consisted mostly of young people.

The turnout for the event was almost 1000 more people than the campaign expected. Around 300 others waited outside while 1000 or so streamed it online.

During his speech, Sanders touched on a lot of his talking points - including raising the minimum wage and making public universities tuition free.

The candidate also made sure to speak directly to area voters, specifically about stopping the outsourcing of jobs which Sanders claims have been going on in Wisconsin for decades.

A small group of students did briefly interrupt Sanders as he spoke today - they appeared to be animal rights activists. They were quickly escorted out of the building by secret service and Kenosha police.

Sanders' next even today is in Madison Wisconsin this afternoon.