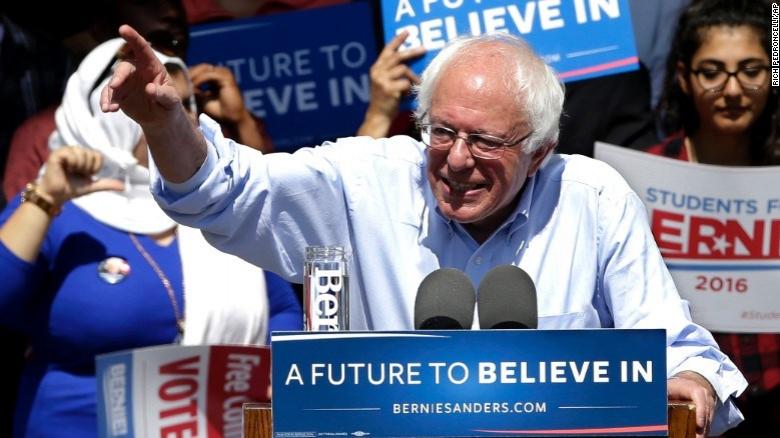 Coming on the heels of a dramatic primary night last Tuesday, when Ted Cruz left the GOP race after losing in Indiana and effectively ceded the Republican nomination to Donald Trump, this week's primaries largely stuck to expectations and did little to change the trajectory of the race.

On the Democratic side, Vermont Sen. Bernie Sanders won West Virginia's Democratic primary, but his victory there will do little to help him close the deficit with Democrat Hillary Clinton in both pledged delegates and raw votes.

Sanders benefited from an open primary in West Virginia, in which independents could choose to vote in the Democratic or Republican primary. Of those who identified as independents -- a full 34 percent of the Democratic electorate -- exit polling finds Sanders had a 61-to-22 edge among those voters. Clinton, meanwhile, edged Sanders slightly among self-described Democrats, 49 percent to 46 percent.

With another victory under his belt, Sanders has a fresh data point for his decision to remain in the race -- his campaign noted in a statement Tuesday night that this is now Sanders' 19th win of the primary season.

Still, the path to the Democratic nomination for him is nearly impossible at this point: no matter how many more victories he notches between now and the end of primary season in June, it is impossible for him to get to the 2,383 delegates necessary for the nomination on pledged delegates alone. To win, Sanders would need to win a combination of 86 percent of the remaining delegates as well as the support of outstanding superdelegates or switches from Clinton to win.

Clinton, meanwhile, has 2,227 delegates, which is 93 percent of what she needs to clinch the nomination. She is likely to get there in early June, according to CBSNews estimates.

Sanders acknowledged that his path is a narrow one, but as he's done after other recent primaries, he vowed he's in the race until the Democratic convention in Philadelphia this summer.

"We fully acknowledge we have an uphill climb ahead of us, but we're used to that," he said in a statement after the West Virginia race was called. "We have been fighting uphill from the day this campaign began. And after all the votes are cast and counted and this contest moves to the Democratic National Convention in Philadelphia, the delegates will decide which candidate is the strongest nominee to take on Donald Trump in November. All of the evidence indicates that I am that candidate."Meanwhile, on the Republican side, Tuesday night's results proved the GOP is now presumptive nominee Donald Trump's party. As the only remaining candidate in the race, the businessman easily picked up two victories in West Virginia andNebraska--increasing his delegate total and bringing him ever closer to the 1,237 delegates he needs to officially clinch the nomination.

Trump picked up all 36 delegates up for grabs in Nebraska, and has won at least three delegates in West Virginia (which elects its delegates directly on the ballot, so support is harder to gauge). As of Tuesday night, Trump had 1,104 delegates -- 89 percent of the delegates required to win the nomination outright.

"It is a great honor to have won both West Virginia and Nebraska, especially by such massive margins," he said. "My time spent in both states was a wonderful and enlightening experience for me. I learned a lot, and that knowledge will be put to good use towards the creation of businesses, jobs, and the strengthening and revival of their economies."