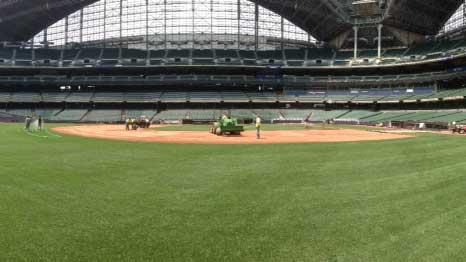 Gonzalo Ruben Bergessio scored twice and the Atlas defense held tough in the second half in a 2-1 win over Newcastle in a soccer match held at Miller Park Tuesday night.

Bergessio scored in the game's 11th minute, then tallied another goal in the 16th minute to give Atlas a comfortable early lead. Newcastle rallied back just before the half, as Moussa Sissoko cut in the lead in half with a goal in the 45th minute. The second half of the soccer showcase was a defensive affair, without a goal being scored.

The stadium's grounds crew has a quick turnaround, as the Brewers return to Miller Park to start the second half of their season with a Friday evening game against the Pirates.