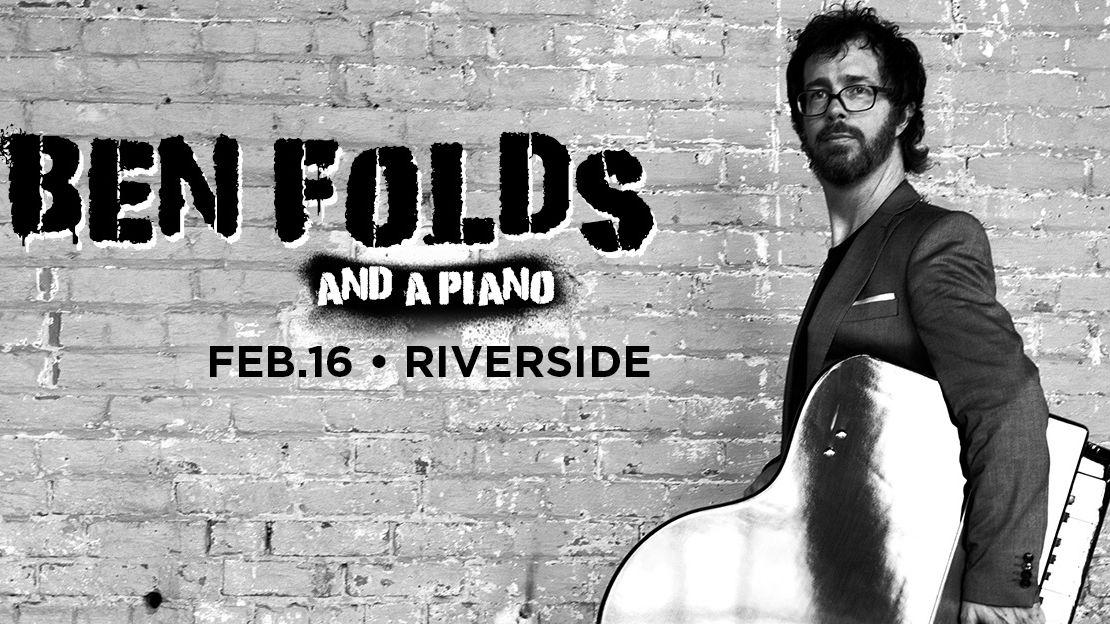 The tour will stop at Milwaukee's Riverside Theater on Thursday, February 16 for a concert at 7:30 PM.

In addition to a series of solo rock dates, Folds is also slated to perform his critically acclaimed piano concerto and pop hits with a host of orchestras throughout the U.S. His concerto was featured in his first classical pop rock album “So There” in 2015, which topped both the Classical and Classical Crossover charts.

At many of his shows Folds will also continue to offer pre-performance VIP events, which include “master classes” and exclusive sound-check events for interested fans.  His master classes, which he began hosting this Fall, are conducted in collaboration with the Grammy Foundation’s “Grammy In The Schools” initiative to help raise awareness of the importance of music education and to spotlight local music educators.  At each master class, a local music educator is invited to interview Folds and lead an intimate Q&A session with fans who participate.

Widely regarded as one of the major music influencers of our generation, Folds has spent over a decade sharing the stage with some of the world’s greatest symphony orchestras – from Sydney, Australia to the Kennedy Center.  For five seasons he was a judge on the popular NBC series “The Sing Off,” which catapulted the art of a cappella into the national spotlight, and helped launch the careers of numerous a cappella groups.

Throughout his career, Folds has created an enormous body of genre-bending musical art that includes pop albums as the front man for Ben Folds Five, multiple solo rock albums, as well as unique collaborative records with artists from Sara Bareilles and Regina Spektor, to Weird Al and William Shatner.

Folds recently returned to pounding pianos again with cross country solo touring reminiscent of his earliest solo tours, where he defied skeptics by delivering a high energy rock performance with just a piano.

In addition to his self-described love of performing and making music “for humans,” Folds is also an avid photographer, and is a member of the distinguished Sony Artisans of Imagery.

Folds is also an advocate for music education and music therapy as a member of Artist Committee of the Americans For The Arts, and he serves as a member of the Board of Directors of the Nashville Symphony.

Tickets for the concert will go on sale Friday, December 9 at Noon for $35.