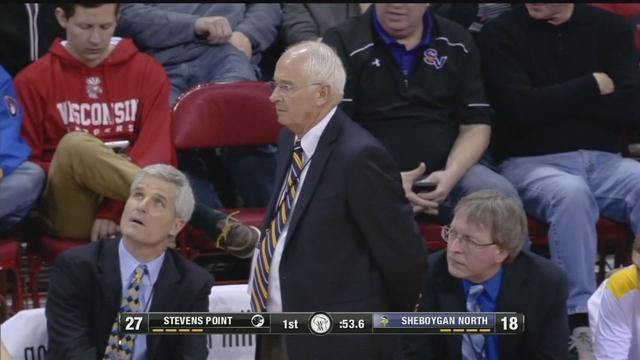 After nearly 40 years of coaching the basketball team at Sheboygan North High School a legendary and beloved coach is calling it quits.

Coach Desotell will retire with 646 wins.

That's more than any other division one basketball coach in Wisconsin.

But even more impressively, every single one of those wins happened with just one school.

This year Desotell's team made it into the state tournament.

But he says he feels this is the time for him to step away as coach.

He says he's not a young man anymore so the recovery time from each season keeps getting longer and longer.

This is all coming from a man who loves the game of basketball and coached the State Championship winning Sheboygan North 1986 team.

But a recent doctor's visit made him think more about his health.

This is the year he made that surprise decision.

None of his players knew.

On the news at five we'll speak with one of those players.  And take a deeper look at some of his accomplishments.