Bears, Packers lock arms on each sideline during anthem 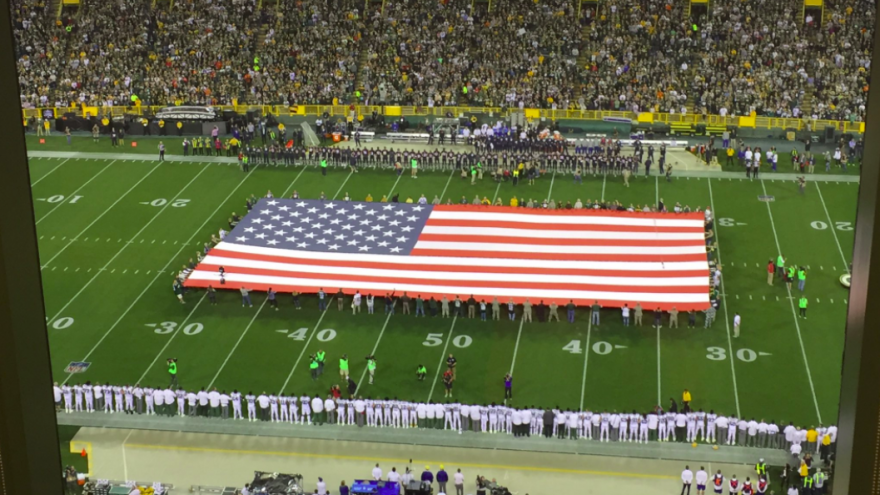 Many fans at Lambeau Field cheered and chanted "USA! USA!" while a large American flag was unfurled at midfield before the anthem.

Packers players released a statement this week saying they would intertwine arms before the game as a show of unity. They asked fans to join in the stands and at home, though it didn't appear that many fans locked arms. Many people in the crowd held up small flags during and after the anthem.